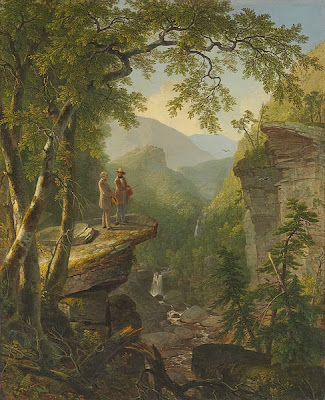 This article was first published at The Master's Artist.


For years I regularly haunted used bookstores and book sales. I generally looked in the fiction and poetry sections, but for quite some time I bought books of speeches, speech textbooks, and books about rhetoric and oral communication. This has to do with the fact that for a long time, speech writing was a significant part of my career.

If you visit used bookstores and especially sales of old books, you will inevitably find old textbooks. I found the textbook I had in my senior English class in high school (longer ago than I care to think) and I immediately plunked down a dollar to buy it.

Another textbook find was the 1940 edition of Prose and Poetry of America, originally published in 1934 and edited by H. Ward McGraw. My find was what two additional editors, Julian Maline and William McGucken, described in the preface as the Catholic edition. They were both Jesuit priests, and found in McGraw’s textbook the basis for creating a Catholic version. From the looks of things, they kept most of what McGraw had included, adding only a few additional writers. (They even commended McGraw for being particularly careful to avoid offenses to Catholic students.) 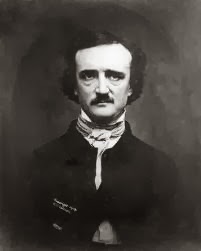 The 1100+-page textbook is divided into seven sections: short stories, poetry, essays, orations, drama, a long essay on literature influenced by journalism, and the novel. It may be the Catholic version, but what it includes is telling: it’s the canon of American literature, circa 1940.

The names are the NAMES of literature. The text includes short stories by Irving, Hawthorne, Poe, Twain, O. Henry, Kate Chopin and Joel Chandler Harris, among others. Typical of the poets included are Emerson, Longfellow, Whittier, Holmes, Poe, Lanier, Whitman, Dickinson, Edwin Arlington Robinson, Vachel Lindsay, Sandburg, Amy Lowell, Edna St. Vincent Millay, and Frost. The orations include Patrick Henry, George Washington, Lincoln and Henry Woodfin Grady (the Atlanta editor who coined the term “The New South” – I did an independent study project on him in college). The novel included is Hawthorne’s The House of Seven Gables. Throw in some lesser known Catholic writers (except for Bishop Fulton J. Sheen) and you pretty much know the textbook.

In high school some 25 years later, I was studying the same authors, the same poets, the same speeches and the same novel. By that time, the canon had grown a bit to include Fitzgerald and Hemingway. But we still read William Cullen Bryant’s “Thanatopsis,” and Whitman’s “I Hear America Singing.” There’s no question that what we studied and read reflected a white, Anglo-Saxon Protestant America. And in that sense it was exclusionary (as my Jesuit editors pointed out). 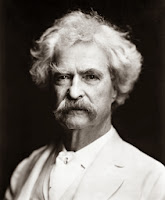 Even then we understood that literature was far broader than the literary canon, but it did speak to us of what an idea of America was. And the canon with all its warts existed when there was more of a national consensus about the country, its past and future.

One thing those canonical authors did, however, was to give us a national literature. Many of them are no longer taught in schools (Joel Chandler Harris? Vachel Lindsay? SidneyLanier?). You have to go to used bookstores and book sales to find their works, or access some of the online sources. But they gave us our literature and much of our culture.

And they are still wonderful authors, writers and poets to read.

Illustration, top: Kindred Spirits by Asher Durand - painting of the artist and William Cullen Bryant, and the one invariably used to illustrate the poem "Thanatopsis" in school textbooks.
Posted by Glynn at 5:00 AM

Thanks, Glynn, for continuing to encourage Christian Poets & Writers in our Facebook group and everywhere to READ! The more we know the Bible and the "greats" in literature, the more our own writing improves, but I especially love fiction and poetry for helping us to live in someone else's life while reading about theirs.