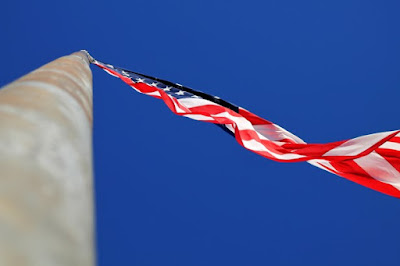 The expected Supreme Court decision on same sex marriage has brought a veritable explosion of comment and commentary on the future of traditional Christianity in the United States. Nothing is clear, however, and nothing is likely to be clear for some time to come. Five writers – David Rupert, David Brooks, Rod Dreher, Philip Cary and Bruce Fohnen – are only a few of the thousands weighing in.

One thing I found particularly encouraging this week was a 41-year-old statement by Aleksandr Solzhenitsyn, dated the day he was arrested by the Soviet KGB in 1974. And a second thing: a song by Alison Kraus, included in the movie “Oh Brother, Where Art Thou?” but tracing back in published form to 1867 in “Slave Songs of the U.S.,” which means it’s older than 1867.

Live Not by Lies – Aleksandr Solzhenitsyn.

I don’t hate you. I just disagree with your position – David Rupert at Red-Letter Believers.

Rest - A Gift from the Sea - Ann Kroeker.

The Next Culture War – David Brooks at The New York Times (Hat tip: J of India).

For a New Middle Age – Rod Dreher at American Conservative.

The Benedict Option for Evangelicals – Philip Cary at First Things.

There is No Benedict Option – Bruce Fohnen at Nomocracy (Hat tip: Mike Duran).

The Lamb of God – Martha Orlando at Meditations of My Heart.

In a Haze – Jen Sandbulte.

The Eternal Present – Jack Baumgartner at the School of the Transfer of Energy.

Remember? – John Blase at The Beautiful Due.

23 of the Most Important Lessons on Writing and Life – April Yamasaki.

Down to the River to Pray


Top photograph by Tom Barnick via Public Domain Pictures. Used with permission.
Posted by Glynn at 5:00 AM

Thanks so much for the recommendation, Glynn!
Also, "As I Went Down to the River to Pray" is one of my all-time favorites!
Blessings and Happy Fourth!

Thanks, Glynn, for including my poem! God bless you.

Thanks for the share and for each of these articles. Some great reading. Honored to be included.

Thank you, Glynn, for including Nightsong here. You've given me some good reading for the long weekend!