Poets and Poems: Andrea Potos and "Her Joy Becomes" 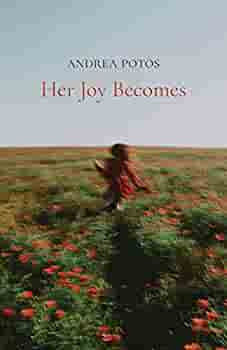 You reach an age when you discover that, no matter how hard you’ve tried not to, you’ve become more like your parents than you thought possible. And you wonder how that happens.

Poet Andrea Potos, in her new collection Her Joy Becomes, writes about her own mother – aging, becoming ill, not there any longer. The loss leaves a gap, until she catches herself doing the things her mother did, or is surprised by that familiar facial expression, or a memory surfaces. And she realizes that her mother hasn’t really left her after all.

"Nothing But the Truth" by Simon Michael 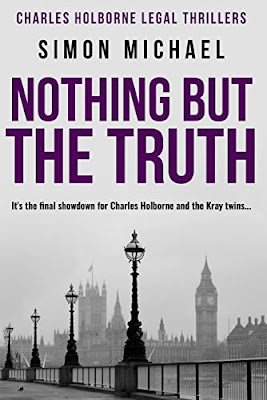 For more than a decade, the Kray Twins ruled London’s underworld. From the late 1950s to the late 1960s, identical twins Ronnie and Reggie Kray ran what they called “The firm,” involved in just about every criminal activity there was – drugs, prostitution, gambling, protection rackets, and more. The Krays are the subject of numerous books and five films. including “Legend” in 2015, starring Tom Hardy as both the twins.

The Krays also have a somewhat starring role in the Charles Holborne legal thrillers by British author Simon Michael. And in the recently published eighth book in the series, Nothing But the Truth, the Krays finally meet justice – with a little help from Holborne.

Scotland Yard has had enough of the Krays – and Detective Superintendent Leonard Read has a highly secretive operation underway to nab them. It’s based away from Yard headquarters – the Krays have a lot of the police force on the payroll. When they’re arrested for involvement in a murder, they turn to defense attorney Charles Holborne. Like the Krays, he’s East End born and raised. His birth name is actually Horowitz; he changed it in an effort to escape his Jewish and East End roots. But those roots have a habit of ensnarling his feet. The simple fact is that the Krays have a file on Holborne – enough to get him disbarred and sent to prison.

A Kray cousin is set up to take the fall for the murder rap, and it’s Holborne’s assignment to get him to plead guilty or defend him in such a way that he’s convicted. But there are some things Holborne simply cannot do, even if it means disobeying the Krays. What follows is one of the best literary sleights-of-hand that I’ve read in a very long time.

Michael studied law at Kings College, London University and was called to the Bar in 1978. He worked primarily in the field of criminal law until the late 1990s, when he focused his practice on clinical negligence. He began writing in the 1980s and resumed it when he retired from legal practice.

Nothing But the Truth has the feel of a final volume in the Charles Holborne series, as it’s difficult to imagine Holborne without the Krays breathing down his neck at every turn. But if Simon can write a story with such a delightfully unexpected turn as this one, I’m confident he can figure out how to keep Holborne moving ahead.

My review of The Waxwork Corpse by Simon Michael.

My review of Force of Evil by Simon Michel.

My review of The Final Shot by Simon Michael. 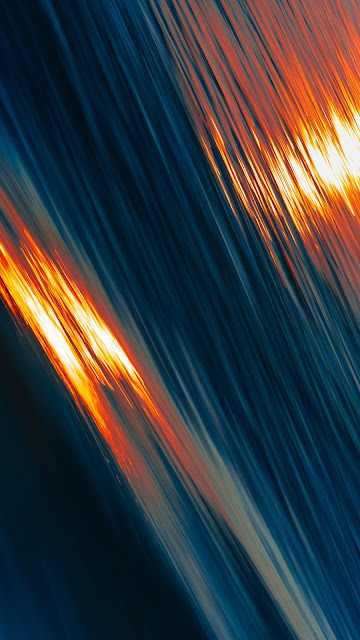 The vision of the one

in white, the beasts,

the son of man, the vision

arriving in a dream,

a dream or nightmare

what was to come,

what is still to come,

later, an arc of prophecy,

an alpha and omega

bridging then and now.

And all in a dream.

Photograph by Daniel Olah via Unsplash. Used with permission. 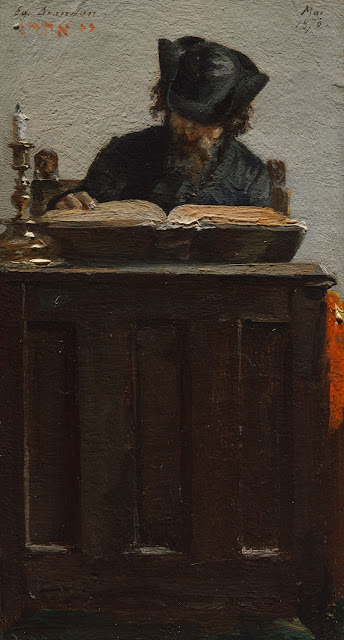 “Christian Nationalism” seems to have become a thing, especially for the news media, which has been sending reporters scurrying all over the country to uncover those pockets of what we’re supposed to dread. At Front Porch Republic, Matt Carpenter has a little fun with the term and uses it as something like clickbait. Like he says, who would click on a story headlined “Who is Stephen Leacock?”

You read Steve Knapper’s story at Evangelical (another term of dread) Magazine, and you’re left more than a bit stunned. If you want to know what deep-seated faith in God is, then read “Trusting God Through Terminal Illness.”

And It Was Good – Kelly Lindquist at The Lamp Magazine.

In Search of Social Justice – Greg Doles at Chasing Light.

How Many New Testament Manuscripts Do We Have from the Second Century? – Michael Kruger at Canon Fodder.

Sam Bankman-Fried and the scam of woke capitalism – Jennifer Sey at The Spectator.

Debunking the grievance industry in our schools – Casey Chalk at The Spectator.

What Kind of Angel: On Percy Shelley – Bryan Van Dyke at The Millions.

Inviting Some Friends to a Birthday Dinner – Jeremiah Johnson at Society for Classical Poets.

'Transition of the Leaves" and 'Life Abundant in the Garden of Ms. Ziegler' – C.F. Shushok at South Writ Large.

Russia: The Burden of History – Michel Mandelbaum at American Purpose.

Will the Real Shakespeare Please Stand Up? – Joseph Pearce at The Imaginative Conservative. 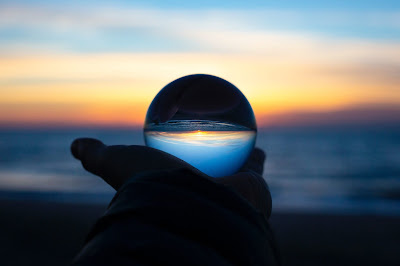 It begins as a dream,

a vision, a declaration

of what is to come,

in the three parts.

First, the throne, where

one in white and fire

destroyed, to be burned

by fire. The rest are

Third, a son of man

is presented to the one

in white; he is given

Photograph by Drew Beamer via Unsplash Used with permission.
Posted by Glynn at 5:00 AM 1 comment:

Why We Celebrate Thanksgiving We celebrate Thanksgiving Day because of Henry VIII, the Gunpowder Plot, the 1619 landing of 38 English colonists in Virginia (without slaves), the Pilgrims, the end of the American Revolution, the beginning of the American Republic, the Civil War, and the need to stimulate the economy in the late 1930s. And it might have been called Evacuation Day.

Thanksgiving as we know it today in the United States evolved over a period of some 400 years. The idea of thanksgiving observances goes back to the Protestant Reformation in England under Henry VIII, consolidating a rather large number of thanksgiving holidays during the Roman Catholic period. Special days of Thanksgiving would be called for military victories and for deliverance from such events as the Gunpowder Plot of 1606.

"Murder in the Farmhouse" by Roy Lewis 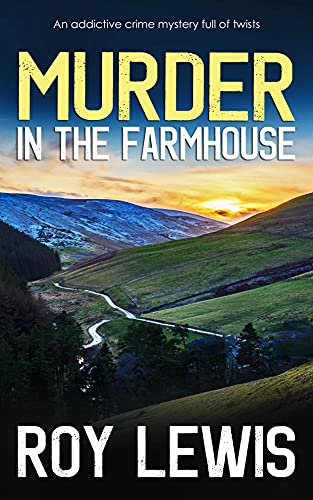 If there’s one thing the Senior Planning Officer of the Northumberland Planning Department doesn’t like, it’s publicity. Not to mention upset. Arnold Landon, the Senior Planning Officer’s #2, may be effective at his job, but he attracts publicity, upset, and even murder like flies. For his part, Landon doesn’t mean to attract attention; his idea of a great day is exploring old barns and medieval dwellings, looking for examples of ancient craftsmanship, just like he did as a boy with his father.

When his boss goes on holiday, Arnold is left to deal with a rather prickly planning application – the taking of an old farm for a home for the elderly. By necessity, the farmhouse and adjacent buildings would be razed. But the woods would be left alone, for now. It doesn’t help that Landon suspects, and then learns, that the applicants are about far more than a home for the elderly. Or that one of the women living at the farm is a borderline terrorist when it comes to defending the place.

At the same time, Landon must deal with an application for yet another money-making scheme at a nearby manor property. The applications form the owner have come in fast and furious over the years, and most are withdrawn; few are implemented, and of those that are, they all fail to raise funds to keep the manor alive.

Then the owner of the farm is found dead, murdered in her own home. And Landon is the one who finds her. And here comes the publicity and upset, followed shortly by the ire of the Senior Planning Officer (who remains nameless, as if stereotyped bureaucrats have only titles, not names). And it’s Landon who decides he will find out what happened.

Murder in the Farmhouse is the third Arnold Landon mystery by British author Roy Lewis. Continuing in the same vein as its predecessors, it’s the story of an unassuming planning department employee who finds himself thrust into the middle of serious crimes.

Lewis is the author of some 60 other mysteries, novels, and short story collections. His Inspector Crow series includes A Lover Too Many, Murder in the Mine, The Woods Murder, Error of Judgment, and Murder for Money, among others. The Eric Ward series, of which The Sedleigh Hall Murder is the first (and originally published as A Certain Blindness in 1981), includes 17 novels. Lewis lives in northern England.

Murder in the Barn by Roy Lewis.

Murder in the Manor by Roy Lewis.

Error in Judgment by Roy Lewis.