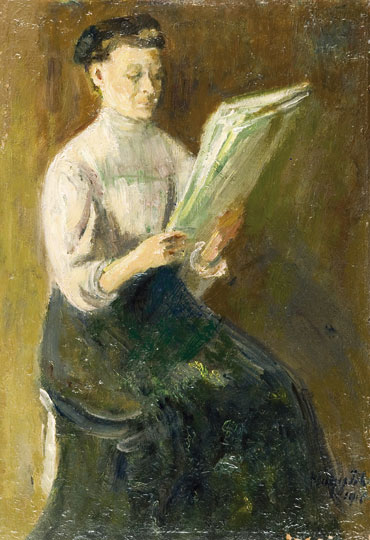 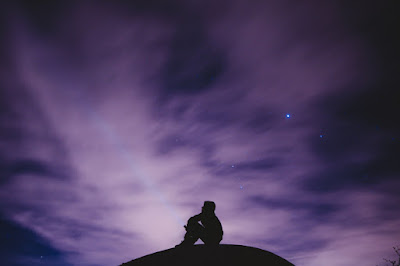 We ask these questions, like
what’s the point?, because
we have eternity inserted
from the beginning, inserted
into our hearts, it’s there,
and it brings doubts
and fears and questions,
always questions, and
many of us, or most of us,
reject it because
we do not understand it,
we don’t get this
alpha and omega stuff,
we just don’t, and so
we reach for happiness
or what we think it is
and it takes the place
of eternity, the place
of wisdom, the place
of character. But we confuse
the gift with the giver,
we revere the gift not
the giver, and it is the history
of humanity until history
is pounded with nails.

Photograph by Jeremy Bishop via Unsplash. Used with permission.

"The Bodleian Murders & Other Oxford Stories" 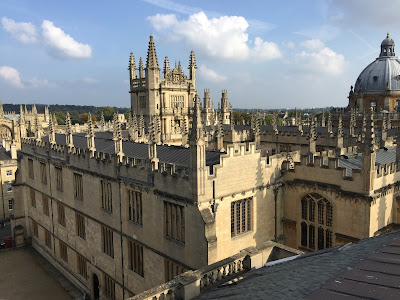 Someone is killing the Keepers of various collections at the Bodleian Library in Oxford. Keepers manage important collections; they are also the candidates for the overall Librarian position, which is open. Someone may be trying to cut down on the competition.

A woman teacher is overshadowed by her high-performance husband, until he informs her that he’s moving on. A homeless man has a story buried in the past that unexpectedly becomes the present. From her window, a teenaged girl sees an Oxford student drop a book. She rescues it, and discovers that it is a proscribed book – it’s 1555 and Queen Mary is burning Protestants at the stake. A night-shift worker falls in love while watching a fellow night worker’s reflection in the glass; it doesn’t end well. An antiques dealer is helping a fellow dealer close his shop, and spots a rather valuable painting. 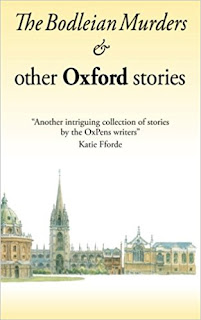 These are a few of the 15 stories published by the OxPen Writers in The Bodleian Murders and Other Oxford Stories. The title might give the impression that the stories are all mysteries, but actually only three or four fall into that genre. The others cross a range of genres – romance, contemporary, suspense, and others. What they have in common is the setting – the university city of Oxford in England.

OxPens in the publishing arm of the Oxford Writers Group, founded in 1983 and currently having between 15 and 20 members. Since 2005, in addition to The Bodleian Murders, it has published several other story collections: The Sixpenny Debt, The Lost College, The Midnight Press, and The Radcliffe Legacy, the newest volume in the series. The group has also published five other books.

The stories are light, fun (that is, if you find murder mysteries fun), and enjoyable. And they give a glimpse of Oxford that you don’t see as a visitor or tourist.

Top photograph: A view of the Bodleian Library and the Radcliffe Camera from the cupola of the Sheldonian Theatre in Oxford.