A story and its settings 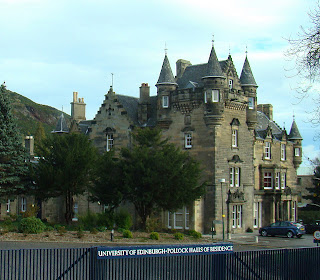 To create the settings for my novel Dancing Priest, I started first with my imagination. Once the words began to move from my head to the computer screen, however, I found I needed more. And so I went looking.

Photos for the University of Edinburgh weren’t hard to find. What were hard to find were pictures of older buildings that served as student dormitories – the university likes to show off the new buildings. I found the Pollock Halls of Student Housing and knew that this was the place where Michael Kent and his friend Tommy McFarland lived; I just moved it close to the center of the university. 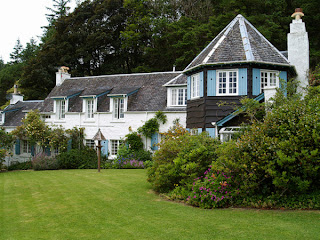 I searched hard and long for a place that could serve as the farm belonging to the Iain and Iris McLaren, where Michael grew up. It had to look older but not old, and it had to be near hills, where Michael learned mountain biking. Ideally, it also had to have room for the gardens created by Iris. I kept an eye out for years (literally), and then one day a monthly issue of English Garden magazine showed up at home, I opened it up, and found An Cala. As soon as I saw it I knew I had found “The McLarens.”

This is a “smallish” estate built in the 1930s – I made it smaller by whacking off a wing. It’s in Argyll on the west side of Scotland, and actually sits on the Isle of Seil. It’s famous for its gardens, and behind it are tall hills that could easily serve as the area for Michael to bike. And there was plenty of room for a barn. All I did was flip the estate from the western coast of Scotland to the eastern, closer to Edinburgh. 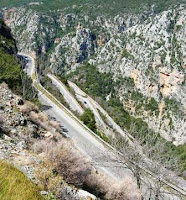 Then came the scenes of the Olympics in Greece. There are all kinds of cycling and motorcycling tours of the country, and pictures were relatively easy to find. The one shown here has most of what I was looking for when I thought of the road race event, including the  guardrail.

Since the Summer Olympics were held in Athens in 2008, there were plenty of photos of the events, and especially the closing ceremonies at Olympic Stadium. This is one of my favorite parts of the novel, and I worked it and reworked it until I almost couldn’t stand it. But I still love the scene and what happens when the British Olympic Team enters the stadium. The last major setting is St. Anselm’s Church in San Francisco. There are several by that name in the area, but the one I created is entirely fictitious. I situated it somewhat close to downtown. It has a mission-style exterior, like this photo of a church in Florida. I swiped the interior from my own church in St. Louis. 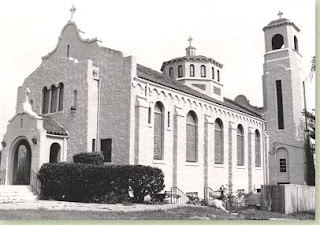 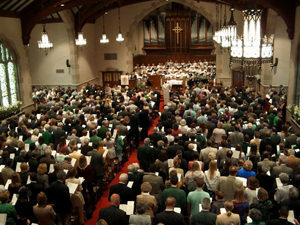 Having these pictures in my mind as I wrote, edited and rewrote was important. I could see Michael greeting parishioners after worship service outside the front entrance. I could see him biking on those switchbacks in Greece. I could see Iris in her gardens and Iain tending to horses in the barn. And I could picture Tommy arguing with Michael in their rooms against accepting another roommate.

The settings, and the pictures of them, were integral to telling the story.

Photo of the University of Edinburgh – Pollock Halls of Student Housing by Anita363. Sourced via Flickr. Used with permission via Creative Commons license.
Posted by Glynn at 5:00 AM

I love this 'behind the scene' tour of Dancing Priest -- and your writing process.

Your settings are impeccable. Really.

Interesting to see the backstory visually.

Aww. I love that you are sharing so much of this with your blog readers.

Your writing created these visuals accurately.

I'm just a few chapters into the book Glynn, but I am already so drawn in.
Thank you so much for sharing this. When I read about authors spending months in the places they have set their novels, I wondered how I would ever be able to do such a thing. This answers it perfectly.

Thank you so much for doing this, Glynn! Opens the whole story up and helps me see how you were able to produce such vivid pictures of these places. What a great storyteller you are!