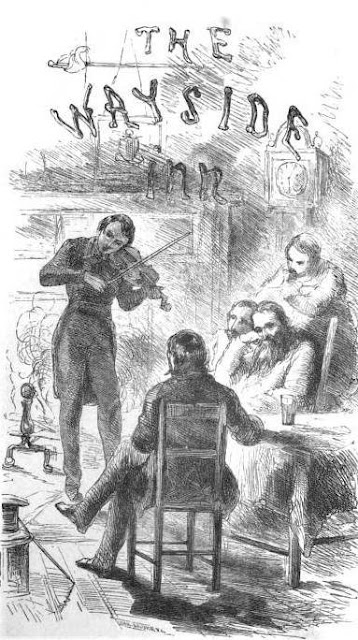 On April 5, 1860, Henry Wadsworth Longfellow (1807-1882) climbed the stairs of the tower at Old North Church in Boston. The view had changed considerably in the 85 years since the start of the American Revolution – more and taller buildings, countryside and woods swallowed up by development, and certainly more people on the streets below and nearby.

But Longfellow thought back to April 18, 1775, and the tense and desperate times the colonials were living and shaping. And like any good poet, he considered those times, and his view from the church tower, and a poem began to form. He began writing it the very next day.

“Paul Revere’s Ride” was published in The Atlantic Monthly in January, 1861, and since then has passed into folklore and American legend. For more than a century after, American schoolchildren memorized the poem, individually and as a classroom exercise (I can speak to the reality of both individual memorization and classroom recitation, often in groups).

Illustration: Title page of "Tales of a Wayside Inn," published in 1863, which included "Paul Revere's Ride." The poem had been published two years earlier in The Atlantic Monthly.
Posted by Glynn at 5:00 AM