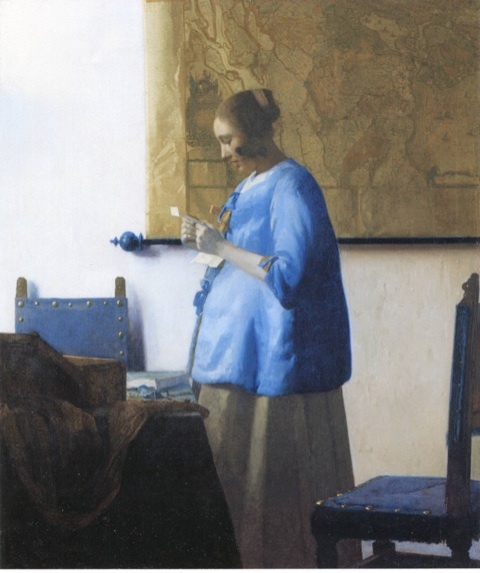 It’s doubtful that any corporation has ever been accused of consistency in policy or philosophy, and especially when it comes to profit. For example, it hasn’t gone unnoticed that the big tech companies – Apple, Amazon, Facebook, Google – champion liberal to progressive values in the United States, but cave on progressive values at the first sign of displeasure from a big market like China. June Cheng at World Magazine has a report.

“I find so much stimulus when I go out onto the street drawing. I could make dozens of paintings about any single location.” – Artist Ed Gray, featured at Spitalfields Life.

What happened when Henry David Thoreau met Walt Whitman? Michael Bourne at The Millions has the story. Why does G.K. Chesterton continue to have such a hold on the imagination? Leo Ward writes about it at The Imaginative Conservative.

Kate and Brett McKay have been writing a series about honor at their blog, The Art of Manliness. The most recent post is about honor in the American South, and it may explain more about the region where I was born and raised than just about anything I've read. It also explains the different cultural beliefs the North and the South brought to the Civil War.

The video this week is by a young singer and songwriter named Chase Emery Davis. It’s in Spanish, and the song’s genre is Latin Pop. But watching it, I couldn’t help but wish I was walking along the Seine in Paris, discovering music and dancing, and joining in the fun.

Restore to us the gift of gentleness – Troy Cady at T(r)oy Marbles.

Imagine Work So Fulfilling that You Compose Poetry – Hugh Whelchel at the Institute for Faith, Work, & Economics.

There Was Something Else at Work, Beyond Any Design of the Ring Maker – Zak Schmoll at Entering the Public Square.

Why I Love the Rural Church – Brandon Pearce at For the Church.

“They Want Revenge” – Rod Dreher at The American Conservative.

The Age of Hubris - Ray Pennings at Convivium.

Honor in the American South - Brett & Kate McKay at The Art of Manliness.

Paul Cezanne: A Loyalty to the World – Richard Nilson at The Imaginative Conservative.

Her Sceptre – Tim Good at National Geographic / Your Shot.

Behind the scenes at London’s globe-making workshop – Will Coldwell at The Guardian (Hat Tip: J of India).

When the Beasts Spoke: Thoreau and the Sound of America – Michael Bourne at The Millions.

Why G.K. Chesterton? – Leo Ward at The Imaginative Conservative.

Saw this on Scot McKnights blog and thought of you ...

You're right, Glynn. That piece on Southern honor rings true (said the woman who is Scottish on my dad's side and Irish on my mom's).

Paul - that's a good article by McKnight - and I can testify to its truth.

Megan - I'm English and Irish on my father's side -- some of the English who were emptied out of the debtor's prisons in England and dumped on the beaches in Georgia. I'm French and German on my mother's side - colonial French and immigrant German in New Orleans. I grew up listening to stories about the Civil War from my paternal grandmother, and stories about Huey Long from my maternal grandmother.