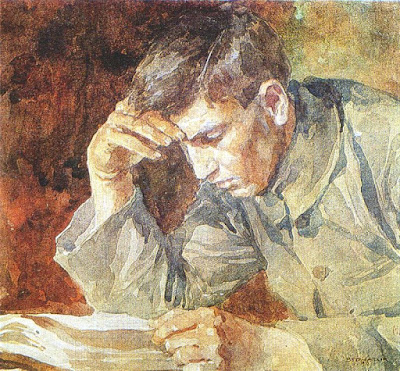 There were so many good things to read and see this week that I almost don’t know where to start, or where to end.


Spitalfields Life is continuing its series on East End London painters, and included more than the three this week that I’ve noted here. All of these painters will be featured in a book to be published in October.


Some really fine poetry this week, including some paired with photographs. And Maureen Doallas found another videopoem.


I didn’t know the story of American Billy Fiske, an American who gave his life in the Battle of Britain in 1940. St. Paul’s Cathedral has the story.


I’ve been a bit more than critical of what’s happened ot the American news media. For a different viewpoint, I’ve included Jay Rosen, a journalism professor at New York University, and his article on the abyss of observation.


Canada is lurching farther toward killing off free speech than the US is, but I’m sure we have groups ready to play catch up. Bruce Pardy at the National Post has a story on what may well become law -- using the wrong pronouns to describe people (as in “he” or “she”) may be deemed a human rights violation. The Washington Post has a more encouraging story – Americans still have something rather surprising in common – most of us still say grace before meals.


Human Flora – Tim Good at Musings of a Naked Alien.


This far – Lise at All the Words.


The Way – photo by Susan Etole, poem by Thomas Merton.


‘The Last Days’ (Videopoem by Lucy English) – Maureen Doallas at Writing Without Paper.


Goat’s Beard – Tim Good at Photography and Poetry of Tiwago.


The Sacred Music of Igor Stravinsky – Michael De Sapio at The Imaginative Conservative.


The earliest known depiction of a Londoner and Windows on the World: London’s Print Shops – Museum of London.


Billy Fiske and the Battle of Britain 1940 – St. Paul’s Cathedral.


Every Christian Ought to be a Good Historian – Michael Haykin at The Gospel Coalition Canada.


Israel and the Role of Place in Christian Faith – Thomas Kidd at Evangelical History.


The Abyss of Observation Alone – Jay Rosen at PressThink.


Fake News, Truth, and the Digital Age – Cristian Ispir at The Imaginative Conservative.


Meet the new ‘human rights’ – where you are forced by law to use ‘reasonable pronouns’ – Bruce Pardy at National Post (Canada).


When it comes to saying grace, Americans are still united – Sarah Pulliam Baily, Julie Zauzmer, and Emily Guskin at The Washington Post.


Writing Children’s Books from the Inside Out – Nathan Bradsford.


Learn from the Best - Imitate but Don’t Plagiarize – Ann Kroeker.