What I'm Not Doing Today 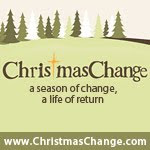 Retailers are facing one of the most abysmal holiday shopping seasons in a long time. The wad of newspaper ads that arrived on our driveway Wednesday night (the “slip run” in newspaper parlance) is thick enough to be lethal just by trying to pick it up. Our consumer-driven economy desperately needs people like me to hit the stores today.

I’m not going. For two reasons.

The biggest reason – 95 percent of the total – is that, as my wife will tell you, it’s bad enough trying to get me to a shopping mall at any time of the year. But the day after Thanksgiving? When mobs have already been lining up for hours outside of stores, staring with zombie-like eyes at sales people inside the stores? When the closest parking space is in the next state? When I have to wait three-deep to look at a sweater and then stand in line for hours to buy it?

It’s not going to happen.

I don’t care what the savings are.

I don’t care what the bargain is.

The second reason is, I admit, the smallest part of the total. But the sentiment is growing.

Near-riots at retail stores are not what Christmas is supposed to be about.

There, I’ve said it: Christmas. Not Winter Holiday. Not Festivus. Not anything else. Christmas, when Christians the world over celebrate the birth of Christ. That’s what this is supposed to be all about. That’s why we get off from work on Dec. 25, even though our employers believe they have to be inclusive and politically correct and not mention that word, Christmas. But that’s what it is. And perhaps one step we can take to reclaim civility and common sense in public discourse is to begin to acknowledge the fact that it’s Christmas.

Here’s another step that we Christians can take: how we give to our churches.

Twenty-five percent of the giving at my church comes in the month of December. Twenty-five percent. Part of the reason may be that year-end bonuses (no matter how small) happen around this time. But I suspect – and this is only a suspicion, mind you – that a chunk of that 25 percent has to do with people looking at their income tax deductions.

Wrong reason. Giving to your church at any time of the year is part of worship, part of giving thanks and returning to God what he’s given you. It’s never supposed to be about income tax deductions. We’re supposed to give back out of gratitude and love.

I would be lying to you and myself if I said I never think about giving to my church and tax deductions. I do. And it’s wrong.

There are some things we can do to make a change. Little things. Easy things.

There’s a web site called Christmas Change, put together by a community of people who want to change what this season is about. Take a look, and take a look at the associated blog, with some great guest posts from people like @katdish and @HeatheroftheEO (to use their Twitter names). And you can follow Christmas Change on Twitter: @ChristmasChange.

So, on this day after Thanksgiving, I’m making a commitment to myself to make a change. And to be a change.

I agree with you ... not shopping today either for the same reasons you aren't.

I worked retail for several years. I saw 2 women fight over a pair of socks. Um, no...I don't shop the day after Thanksgiving, even though I'm very tempted to go snap some pictures of the madness. You know, for "research"...

I don't go to malls; can't stand them.

A niece of mine in Florida works retail to subsidize her college expenses. She has an awful job today; she had to get up at 4:00 a.m. to be at the store when it opened this morning. She has lots of stories from past Black Fridays. And those stories are beginning to reveal to her an important lesson.

So much more is being asked of churches especially these days, the message of giving and supporting their work can't be too often. And, if folks find time on their hands since they aren't shopping, churches and ministries can use your hands and your brain power too. Don't wait to be asked. As someone who has had to wait for funds to help people, and for hands to get things done, this I know. It will fill your heart up besides.

Glynn, you nailed it! I agree totally with your comments about shopping. And the de-christianizing of the holiday.

Also, it strikes me as very gracious of you to refer your readers to some of the other sites. Some are already familiar, but I'll check all of them out on your recommendation.

Keep up your good work. ~donkimrey

giving
from the
heart
i believe
your
heart is
speaking

I am so glad you mentioned festivus... ;)

I completely agree! First of all in not stepping foot in a mall this season, let alone on black Friday, and second in the fact that Christmas's meaning is getting lost, and we need to start making changes to get it back, however small the steps. Wonderful post.