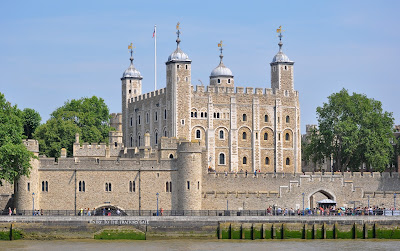 For almost a millennium, the Tower of London has stood watch over the city, a symbol of William the Conqueror who built it. Few buildings evoke such a mixture of emotions, The Tower has served as royal residence, prison, armory, mint, torture chamber, and even a menagerie of exotic animals presented to British monarchs.

In 2014, to mark the 100thanniversary of the start of World War I, the Tower was host to one of the most remarkable art installations ever – the planting of ceramic poppies in the moat, one for each casualty of the warm until almost 900,000 had been placed by that November.

From the time of William I to Charles II in 1660, the Tower served another purpose – the start of the coronation procession for each British monarch. Charles II was the last; his brother James II, something of a closet Catholic, was supposedly crowned privately in a Catholic ceremony and then proceeded from Whitehall Palace to Westminster Abbey for the “protestant coronation.”

Photograph: The Tower of London seen from the Thames River, via Wikimedia.
Posted by Glynn at 9:00 AM No comments:

“The Letters of Ivor Punch” by Colin MacIntyre 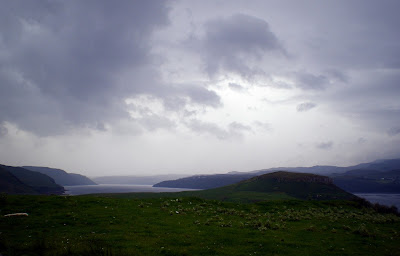 I’m not sure I know how to begin to describe The Letters of Ivor Punch by Scottish writer Colin MacIntyre. It’s a novel, of sorts. You might think it’s a collection of short stories, and that makes sense, for a while. You know it has a strange narrative structure – without a doubt. It moves back in forth in time, from the 19th century to the 21st century.

If I said it’s about Pan Am Flight 106 that was blown up over Lockerbie, Scotland, and about Charles Darwin, and an older man who writes letters to President Obama, and children disclaimed, unclaimed, and reclaimed, and about a uncle who turns out to be your grandfather (a recurring theme), and a funeral parlor, I might be getting close. 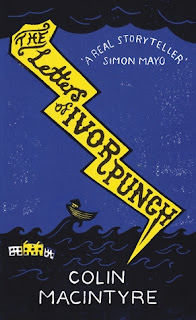 So, it is a wee bit wacky. Ivor Punch is the man writing the letters, asking President Obama to stop the British government from releasing the man who planted the bomb on the Pan Am flight. It’s because his brother and sister-in-law were aboard that flight. Except it wasn’t really his brother. But he wanders all over as he writes, and he doesn’t even send the letters.

And there’s the woman back in the 1860s, who moved with her sister to this remote island in the Hebrides off the coast of Scotland (far, far off the coast) (really far). The sister is famous as a world traveler and explorer. The one who stays home and keeps the house falls in love with the mailman, who will be an ancestor of Ivor Punch.

Author MacIntyre will even find time to insert himself in the story – the interloper who steal the name of the local historical society (and he did something of the kind, in real life).

The Letters of Ivor Punch won the 2015 First Book Award given by the Edinburgh International Book Festival. MacIntyre is also publishing a picture book for children this coming summer, entitled The Humdrum Drum, and I can’t imagine what that will be like. And MacIntyre is also a songwriter – his band is called Mull Historical Society and yes, that’s the name he swiped from the Isle of Mull, where he was brought up.

It’s actually a serious novel. That is, until you reach a point not too far from the end. I won’t say what it is, but you should know that there is a scene that caused me to laugh until the tears came and my wife thought I was strangling. I finally calmed down, resumed reading, and promptly started laughing all over again.

It’s a crazy book. It makes you think about how the idea of place shapes people. It makes you realize how odd families can be and often are. It argues that the past is always with us, so you might as well call the past is the present, and maybe the future.

I loved this wacky book and the story it tells.

Top photograph: a view of the island of Skye, one of the Inner Hebrides islands, by Rudiger Shafer via Public Domain Pictures. Used with permission. 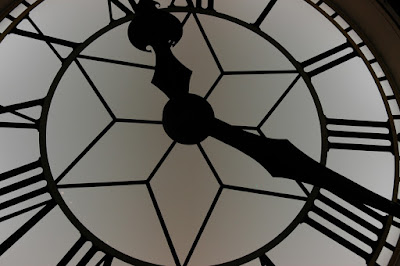 I hear the ticking;
it is the first, or last, sound
I heard when I knew
it was the last hour,
the final bracket of minutes
before the end, or its beginning.
The shadow swept forward
from our midst and went out,
the shadow we did not know
was among us until it left,
as the clock ticked. We looked
at each other, asking the same
questions, what is it, where
did it go, is it coming back,
where do we look, where
do we abide now.

Photograph by Jeanne Rouillard via Unsplash. Used with permission.
Posted by Glynn at 5:00 AM No comments: 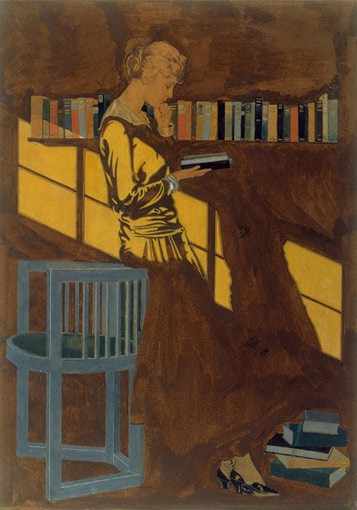 Some 10 years ago, I attended a training seminar for elders and deacons at church that featured a well-known pastor from Nashville. The surprise was his language and how peppered it was with four-letter profanities. I don’t remember a single idea he articulated, but I remember the profanities. John Piper asks the question we were too polite to ask at the seminar: does profanity make us more relevant (and cool) in reaching the culture?

It’s been building for years, perhaps decades. The humanities in our colleges and universities are in serious trouble. This is no longer the worry of only the conservative side the political spectrum. Eric Bennett, a professor of English at Providence College, lets loose in The Chronicle of Higher Educationand puts the blame squarely where it belongs.

What’s the No. 1 bestselling book in America right now? The 12 Rules for Living by Jordan Peterson. Guess which book doesn’t appear on The New York Times Bestseller List? We’ve known for a long time that the Times doesn’t include “overtly religious” books (they would occupy 9 of the first 10 slots) but Jordan Peterson is not a religious writer. The conservative National Review has the story.

Charity Craig tells a story of a man who went from slave to landowner, Vintage posts photographs from the Work Projects Administration of former slaves in the late 1930s, 18thcentury missionary David Brainerd has a 300th birthday, Ann Kroeker suggests you write your own obituary, and more.

Will Profanity Make Us More Relevant in Reaching Our Culture?– John Piper at Desiring God.

Heroism Deconstructed: Serving Faithfully through Our Work– Hugh Whelchel at the Institute for Faith, Work, & Economics.

Love in Action– Kenneth Kovacs at On the Way.

Portraits of African American Ex-Slaves in the Late 1930s– Vintage.

1989: A Tale of Three Cities & the End of the Old New World Order– Joseph Mussomeli at The Imaginative Conservative.

The Years Were Patient with Me– Jeanne Murray Walker at Image Journal.

Is Modernity a Success?– Alastair Roberts at Alastair’s Adversaria.

Dear Humanities Profs: We Are the Problem– Eric Bennett at The Chronicle of Higher Education.

A Sky of Parchment Made– A.G. Harmon at Image Journal.

Write Your Own Obituary– Ann Kroeker.


Image: Girl Reading, illustration for the cover of Good Housekeeping Magazine by Coles Phillips (1915).
Posted by Glynn at 5:00 AM No comments: 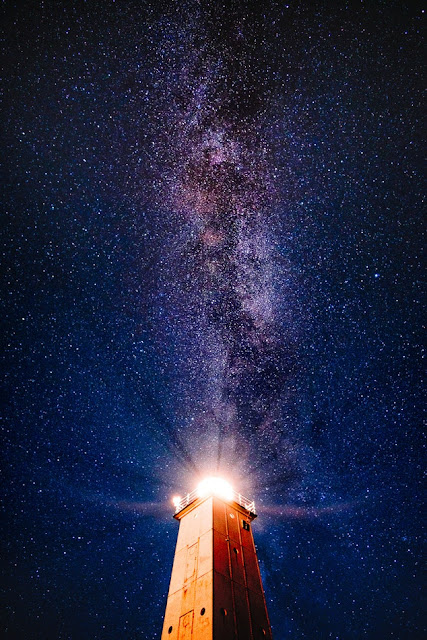 Photograph by Bryan Minear via Unsplash. Used with permission.
Posted by Glynn at 5:00 AM No comments: