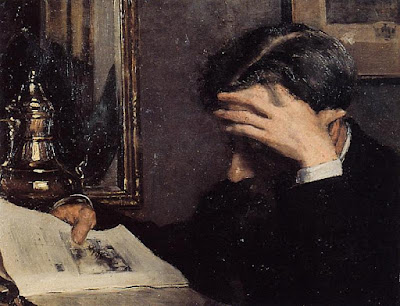 In 1941, W.H. Auden taught a course in the humanities at the University of Michigan. The reading included The Divine Comedy, four Shakespeare plays, Pascal’s Pensées, Horace’s odes, Volpone, Racine, Kierkegaard’s Fear and Trembling, Moby-Dick, The Brothers Karamazov, Faust, Baudelaire and Rimbaud, Kafka, Rilke, T.S. Eliot, and nine operas. A team-taught course at the University of Oklahoma following Auden with a few changes was offered, and registration filled within minutes. Mark Bauerlein at The Chronicle of Higher Education has the story. (I had two humanities courses my freshman year at LSU that were about as rigorous, but they skipped the opera.)

Facebook’s troubles continue. A Catholic college submitted an ad, and it was rejected for violating Facebook’s standards for violence. What did the ad include? A painting of the crucifixion of Jesus. Stewart McAlpine discovers that his blog has been unliked by Facebook’s algorithm, like a lot of other Christian blogs. And Tim Challies says we shouldn’t allow Facebook to determine what we see, and that we should curating our own online content.

The theme of the 1986 movie “The Mission” is some of the most haunting and memorable music composed for a movie. What I didn’t know is that lyrics were written for the music – and recorded by the Portuguese singer Dulce Pontes. It’s an amazing combination – and today’s video.

Manifest, by Reason of Birth – Pattiann Rogers at Image Journal.

Poetic license: the Museum gets lyrical – the British Museum.

Back Seat Love. Come on, it’s not what you think – Jerry Barrett at Gerald the Writer.

Willa Cather: The Land is Alive – Christine Norvell at The Imaginative Conservative.

On the Road with Anne Hillerman – CrimeReads.

The Near North Side in the Snow – Chris Naffziger at St. Louis Patina.

Spring Flowers on the Farm – Tim Good at Photography by Tiwago.

The Risen Christ and Fallen Civilization – Joseph Pearce at The Imaginative Conservative.

While It Was Still Dark – Greg Doles at Chasing Light.

The Day After: What the Resurrection Means in 2018 – David Rupert at Red-Letter Believers.

Is This the Hardest Course in the Humanities? – Mark Bauerlein at The Chronicle of Higher Education.

Beating Facebook’s Algorithm and Being Your Own Curator – Tim Challies.

A Rose Among Thorns – The Theme of ‘The Mission” by Ennio Morricone, sung by Dulce Pontes

Morricone's composition 'Gabriel's Oboe' is one of the most haunting and beautiful pieces of music I know. Thank you for this song and lyrics, Glynn. You always find the best of the web.