Billy Coffey’s “There Will Be Stars” 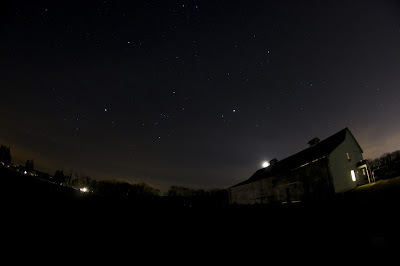 I’ve read all of Bill Coffey’s novels, from Snow Day (2010) to The Curse of Crow Hollow (2015). And I’ve watched his work grow and develop and take on a shape both unexpected and delightful.

And now comes novel #7: There Will Be Stars.

Coffey’s been bending genres for some time now, moving from general fiction to more speculative. There Will Be Stars almost defies categorization. It is speculative. It is suspense. It is mystery. It is imagination. It is faith. But it’s also something else.

It’s what I would call literary. 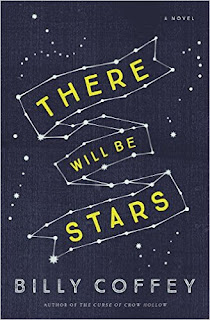 Coffey has been moving in this direction, but There Will Be Stars plants a flag.

The story: Bobby Barnes, the official town drunk in the small Southern mountain town of Mattingly, wakes up one morning, thinking through the recurring nightmare of the night before. His twin sons Matthew and Mark accompany him to the local filling station for gas and beer. After an altercation with the station owner and the sheriff, he heads to another filling station, where he runs into Junior Hewitt, a kind of bully who lives in the past glory of a minor league baseball game. Junior hears Bobby say something about Junior going fishing – an ordinary statement in and of itself – but Junior realizes Bobby has seen something unexpected – the future. And junior knows what that means.

Junior grabs Bobby and takes him to the house of the Widow Cash, who has just started lunch with a few friends – a young boy named Tommy, a young woman named Laura Beth who wears sunglasses all the time, the retired high school teacher George, and the Methodist preacher Juliet Creech. Gradually Bobby comes to understand that the people sitting around that table are dead, reliving the last day of their lives in an endless loop. It’s a loop called “The Turn.”

And Bobby realizes something else: he’s in his own Turn. And that must mean he’s dead.

It is also a literary work. As readable as it is, it lifts the reader to a higher place. We move out from what is simply a good story and discover ourselves in a different place altogether. Great fiction aims for this, and There Will Be Stars succeeds at it.

Related: My reviews of Coffey’s books

Photograph by Jonathan Norris via Public Domain Pictures. Used with permission.
Posted by Glynn at 5:00 AM

Great review! I love Billy's novels. Glad to hear this is another excellent story.