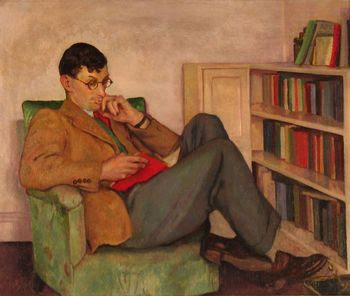 Dystopia has become an almost omnipresent theme in popular culture, from television and movies to books. K.E. Colombini at First Things Magazine argues that it is popular (even in non-fiction) because we are indeed living in dystopian times.

Speaking of First Things Magazine, in addition to that story, I’ve also included articles on the typographical revolution and the dangerous tendency we have right now to romanticize the Russian Revolution, marking its 100th anniversary this year. It was Aleksandr Solzhenitsyn who explained how The Terror didn’t start with Stalin but had been there all along, from the first days of Lenin ascending to power.

The BBC tells the story of the five missionaries who were killed in the Amazon in the early 1950s. BBC also has photographs of sites in the UK than can only be seen from the air. Colleen Girard at The Atlantic describes why the British tell better children’s stories than Americans do.

And poetry, art, photography, and the astounding beauty of Norway.

The Long-Term Results of a Faithful Writing Life – Ann Kroeker.

What’s the difference between a writer and a communicator? – David Murray at Writing Boots.

The Wanderer, also called Path through the trees; watercolor with chalk and graphite by Paul Nash (1911), via the British Museum.

The Monk Who Saves Manuscripts from ISIS – Matteo Fagotto at The Atlantic.

Killed for Christ in the Amazon – BBC.

Why We Need Both ‘Silence’ and ‘Hacksaw Ridge’ – Kenneth Morefield at The Gospel Coalition.

The extraordinary UK sites you have to see from the air – BBC (Hat Tip: J of India).

Why the British Tell Better Children’s Stories – Colleen Gillard at The Atlantic.

Nine abandoned islands of Scotland – Alison Campsie at The Scotsman.

The Beauty of Norway