Have Everything, Possess Nothing

We first heard of the book in our small group Bible study. We had just finished one study, and someone suggested we read a new book called The Prayer of Jabez by Bruce Wilkinson. It was short and easy to read, and lots of Christians were supposedly reading it. So we agreed, and began our study and discussion. 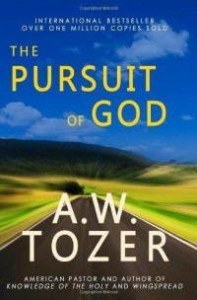 The book was a bestseller, and for a long time. If you’re not familiar with it, it’s based on a rather obscure text in 1 Chronicles: “And Jabez called on the God of Israel saying, 'Oh, that You would bless me indeed, and enlarge my territory, that Your hand would be with me, and that You would keep me from evil, that I may not cause pain.' So God granted him what he requested.”

The focus in our Sunday School class and the worship services was primarily one phrase in that text – enlarge my territory.

My church wasn’t alone. Far from it. The book swept evangelical churches all over the United States (and beyond, for all I know). There were study guides, audio CDs, all the usual stuff that comes with a bestseller. Time Magazine did a one-page feature on the book phenomenon.

Never had I seen my church, or any other church, go so overboard over a book. If the sales figures are any indication, the entire church in America went overboard.

I likely offended a few people by referring to the book as the “gospel of Jabez.”

In retrospect, it was a book almost tailor-made for suburban American churches and their middle-class and upper-middle-class members. You could justify material well-being as God’s special blessing, his “enlargement of your territory.”

Some of us, and I hope it was more than some, were appalled. A very thin, almost non-existent line separated the message of Jabez from the name-it-and-claim-it, prosperity gospel: if you have sufficient faith, you will be materially blessed, and you will be blessed in this lifetime. All you have to do is ask God to “enlarge your territory.”

“He (Abraham) had everything, but he possessed nothing,” writes A.W. Tozer in The Pursuit of God. “There is the spiritual secret. There is the sweet theology of the heart which can be learned only in the school of renunciation. The books on systematic theology overlook this, but the wise will understand.”

Abraham withheld nothing from God, not even his own son. And he didn’t have to ask God to enlarge his territory

To have everything, but to possess nothing.

Led by Jason Stasyszen and Sarah Salter, we’re reading Tozer’s The Pursuit of God. To read more posts on this chapter, please visit Sarah at Living Between the Lines.
Posted by Glynn at 5:00 AM

We have everything when the Lord is the Lord of our lives!
Great insights here, Glynn.

Thanks Glynn for being so open about Jabez. I felt after reading it one time that I just read more pablum from the name-it-claim-it crowd. I read it once and threw it away. i also liked your point about Abraham: he had everything but possessed nothing.

Possess nothing.
That is quite a heart change.
Slowly the fingers begin to unclench
opening like the petals of a rose
from ground to air
the fragrance is set free

Not to be a contrarian, but all scripture is God-breathed and we can learn from it. Because people take and twist it doesn't mean, that Jabez, his prayer, and life can't speak to us. Now, if it leads to our complacency and apathy, it's obviously not the heart of God and we need repentance. I'm not a huge fan of the book, but when I read it, I didn't seem to get the central message of "give me more stuff" that a lot of people did.

All that said, I still don't think it's just about stuff. It's about stuff having and controlling our lives. We can live in a mud hut and still be greedy and covetous. God does the surgery that removes the blight from our minds, hearts, and spirits. That's my prayer for myself, those around me, and our nation--that we allow Him to cut out what moves Him out of first place.

Tozer's book The Pursuit of God is good medicine for the ails of prosperity pop Christianity, or "churchianity."

Ah yes, Jabez. I remember him well. There was that interesting Sunday morning when a copy of that book mysteriously appeared in the mail slot of every member of our pastoral staff. I read it through and tossed it, as did the rest of the staff. And actually we were a little concerned about the guy who stuffed our boxes and his over-the-top excitement about this small volume. Sadly, he died by his own hand several years later, enmeshed in financial mismanagement, strangling in his 'stuff.' It was one of the most heartbreaking things our community ever walked through. I'm not blaming the book for that. But I am naming it as a negative influence on a broken man, one whom I loved and cared about. Thank you for calling this what it is - and for contrasting the solid teaching of Tozer with it.