I grew up in the late 1950s and early 1960s in a suburb of New Orleans. I was one of tens of millions of Baby Boomers, that demographic cohort that overwhelmed hospitals, elementary and high schools, and eventually universities. There wasn’t much we didn’t overwhelm, simply by the sheer force of numbers. And we’ll soon be overwhelming retirement homes, funeral homes and cemeteries. 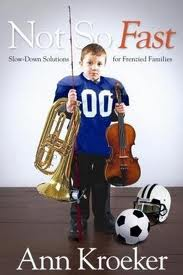 Life seemed simpler and it seemed safer. The vast majority of our mothers worked at home, while our fathers worked elsewhere. I was six when my mother let me ride my bike by myself a little over a mile to the dime store. We had no organized sport leagues staffed by fanatical parents; we organized our own open field baseball games and street football games. A nearby woods afforded ample opportunities for exploration, games, and adventure (real and created).

Life seemed slower then because life was slower then. We had television, but it was mostly on for an hour after school (local kids show followed by the Mickey Mouse Club)a few favorite programs on Friday night and Saturday cartoons. And we preferred the big screen to the small screen – 25 cents for a matinee. We’d even take the bus to a theater that was too far to walk – by ourselves; by eight years old I had already learned the bus system.

And there were books, board games, and playacting. We’d dream up stories to act, often using the woods for the setting. War games, usually, or cowboys and Indians.

By the time I was married with my own children, life had changed. My kids were part of the Baby Boomlet – the children of the Boomers. Between my childhood and theirs, sports leagues had developed – basketball, baseball, fall baseball, and soccer (football was left to the high schools). And church activities. Busy-ness was taking hold. The advent of the internet and electronic games adding to the speeding up.

Today, I read what parents do, how organized and scheduled everything is for children (not to mention their parents), and I worry for my grandchildren and their generation.

Our children need to be allowed to be children. If Harvard requires your child find a cure for cancer as an admission requirement, then there are worse things than not getting into Harvard (and likely less of a student load debt). Not every child needs to be in three baseball leagues, dance ensembles, and 14 after-school activities. No one needs to create a child’s imagination for him or her; they’re usually inventive enough to figure out things for themselves. 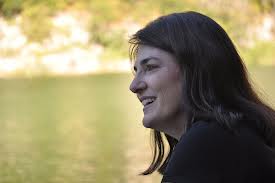 Over at The High Calling today, Laura Boggess is starting a book discussion on Not So Fast: Slow-Down Solutions for Frenzied Families, by Ann Kroeker. It couldn’t be more timely. I’ve read the first four chapters, and I think Ann has something important to say to all of us – with practical ways to start removing some of the busy-ness from our lives.

All of us – parents, children, grandparents – need to make a conscious decision to live our lives differently, more slowly, with more forethought and less anxiety, even if it means we don’t fare so well in the competition we maintain with everyone else.

Our children – and grandchildren – will be the beneficiaries.

Please visit the discussion at The HighCalling. It’s important.

Photograph: Author Ann Kroeker overlooking the Frio River at Laity Lodge near Kerrville, Texas, by Jennifer Dukes-Lee. Laity Lodge is becoming known as Rivendell on the Frio.
Posted by Glynn at 5:00 AM

Thanks for weighing in, Glynn. The way things used to be--when I was growing up too--encouraged us to interact, to relate, to get to know each other on deeper levels. And while there are so many wonderful things about technology and the way the world is today, I think this is what we need to be deliberate about: relationship. With each other, with God. Ann really hammers that home in these first few chapters.

This is a powerful call to evaluate our pace of life, Glynn. Thank you for your bold words.

.
set up a kidnapping
of your own child's
childhood
no more
creative play
in the wildwood

In our family, we try to get the kids to choose just one thing outside of church and school.

For my daughter, that is violin. For my son, that is Lego Robotics. (My daughter helps with robotics too.)

Even those two things, plus the occasional community theater feel like way more than we can handle.

"Rivendell on the Frio."

Glynn, I won't be able to join the reading this time, but I can add an 'amen!" I too worry about my grandchildren and the students I teach every day...... 25 years ago David Elkind, educator was saying the same thing. He wrote a book 'The Hurried Child' and the hurriedness has only grown exponentially.
Ann's book is indeed timely.