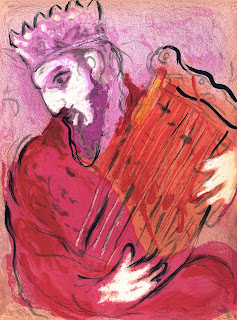 A few years back, I was studying the life of David, one of the most complex, and most humanly real, people in the Bible. His life was often a life of extremes, and his personal character could be as well.

Known as the man “after God’s own heart,” David lusted for another man’s wife and had her husband murdered in battle; was responsible for the destruction of the town of Nob because he lied; and came close to seeing his own family and dynasty destroyed because he wouldn’t take action against a rebellious son.

And yet he killed Goliath, helping defeat the Philistines; unified Israel and regained lost territory; sought forgiveness; and was told by God that his kingdom would have no end.

He was the boy shepherd who became a king, the warrior who became a hunted outcast, and the king who nearly lost his throne.

One of the things I did during my study was to write a number of poems about David and some of his circumstances. (If you’re interested, you can read them here: David, Hillside; Shammah’s Psalm of Lament; Madness in My Royal City; Michal; Jonathan; and The Gratitude of a King.
It was one of the first times I had used poetry to help me through a Bible or character study. 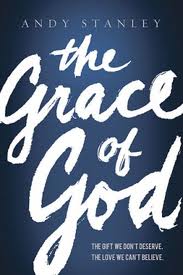 I like the fact that David was a poet, having written a considerable number of the psalms. Some of the most heart wrenching, human statements in any language are David’s psalms.

I wrote the poems over a several-week period, and as I did I became increasingly aware that one theme dominated David’s story. That theme was God’s grace.

David was anointed to be the future king when he was still a boy, and for no other reason than God’s grace (even the prophet Samuel was surprised).

David was no match for Goliath, but he unexpectedly took him down through God’s grace.

David repeatedly escaped Saul’s murderous wrath over and over again.

David’s son attempt[ted to seize the throne, and almost succeeded.

And David was forgiven, over and over again.

David’s life is the story of God’s grace. He didn’t deserve any of it – quite the contrary – but he was continually washed in God’s grace.

“While the details of our lives may overlap little with David’s,” writes Andy Stanley in The Grace of God, “there is one thing we all have in common with him. We’ve all put God’s grace to the test. We have broken the law. We’ve been irresponsible with his blessing. We’ve confessed a sin only to turn right around and repeat it.”

And yet, Stanley says, “If David’s story is any indication, grace has no end.”

Led by Jason Stayszen and Sarah Salter, we’ve been discussing The Grace of God. To see more posts on this chapter, “Sustained by Grace,” please visit Jason at Connecting to Impact.

Painting: David and His Harp, by Marc Chagall.
Posted by Glynn at 5:00 AM