Poets and Poems: Sean O’Brien and “The Drowned Book” 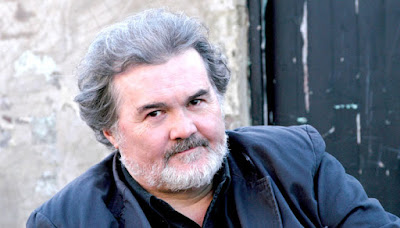 U.K. poet Sean O’Brien is one of only two poets who have ever won both the T.S. Eliot Prize and the Forward Poetry Prize for the same collection of poetry. The collection was The Drowned Book, published in 2007, and it is unusual in that all of the poems are part of a coherent whole. Typically, poetry collections may have thematic sections or some related poems, but it’s atypical for the entire collection to be unified.

O’Brien, a native of Ireland who is currently a professor of creative writing at Newcastle University, is the author of several poetry collections. In addition to the Eliot and Forward prizes, he’s also won several other awards and recognitions. In addition to his 11 collections of poetry, he’s a critic, essayist, short story writer, novelist, and playwright. He’s also a member of the Royal Society of Literature.

In the case of The Drowned Boat, O’Brien says that a major influence on the collection was the translation of Dante’s Inferno he was undertaking at the time.

Photograph: Poet Sean O'Brien.
Posted by Glynn at 5:00 AM