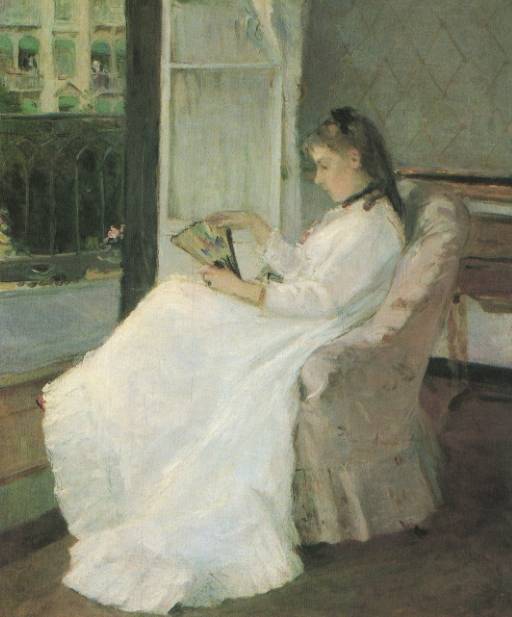 Painting: The Artist’s Sister at a Window (1869), oil on canvas by Berthe Morisot; National Gallery of Art, Washington, D.C.
Posted by Glynn at 5:00 AM