The discipline became a joy 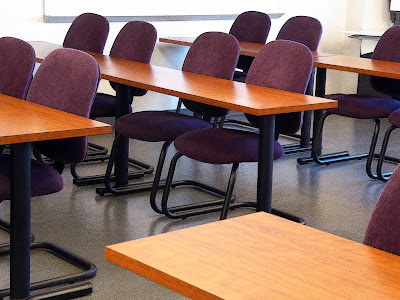 When I became a Christian during my last semester at college, the state of my Biblical understanding left a great deal to be desired. I had attended two years of catechism when I was 12 and 13; the Lutheran Church required it and even if it hadn’t my mother would have. So every Tuesday and Thursday during the school year I was at our church with the other students, studying Lutheran teachings and general Christian doctrine from 4 to 5 p.m.

I have to say it was not a self-imposed discipline. I can remember days of hoping the taxi wouldn’t show up in time, an extremely rare occurrence.

For two to three years afterward, I drifted. Our working hours at the newspaper in Texas generally precluded church attendance. Once we were in Houston, we joined a large Methodist church. On the surface it was healthy. Below the surface it was beginning to be wracked by theological change. We eventually left, and found a smaller non-denominational church. 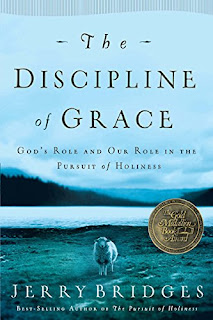 We got involved in a Young Couples class, we made friends, we found an older couple who was related to one of my college roommates. But my Biblical understanding was still lacking. I knew some the basic stories from children’s Sunday School. But I did not understand the context, the details, the meanings, how the Bible fit together, and how it shaped my faith.

Then our church announced a new program. One of the pastors, who happened to be a Ph.D., would be teaching a series of religious college extension courses. Over time, other teachers were brought it as well. The program was appealing to people interested in missions, since many missionary organizations required a certain number of college courses. I hadn’t thought about being a missionary, but I signed up because the courses offered to help fill some deep holes in my understanding.

I’d take a course a semester, and we’d meet on Wednesday nights for 60 to 90 minutes. The first course was Old Testament Survey, and I found it to be a wonder. The lectures, the readings, the discussion, and the questions from some 30 of us in the course were like rain on parched ground for me. The course required a project; mine was a genealogy of the Old Testament high priests, and fitting them within both the Biblical accounts and the historical accounts. (I’ve kept this paper, and it’s still useful 40 years later.)

That course was followed by New Testament Survey and Bible Study Methods. Both were just as good as the first one. Our textbook for New Testament Survey was a harmony of the gospels – the accounts laid side by side so you could see similarities, differences, possible conflicts, and other issues. And I remember the final exam for Bible Study Methods – an explication of the shortest verse in the Bible (“Jesus wept.”)

The courses required discipline, but the discipline was a joy. Those courses helped ground me in my faith.

“We tend to equate discipline with rules and performance standards,” says Jerry Bridges in The Discipline of Grace: God’s Role and Our Role in the Pursuit of Holiness.  “God equates it with firm but loving care for our souls.”

And those courses, and those teachers, cared for my soul.

Photograph by Linnaea Mallette via Public Domain Pictures. Used with permission.
Posted by Glynn at 5:00 AM

"The courses required discipline, but the discipline was a joy."
Perfect description of your immersion into the Bible and learning how to drink deeply from and be nourished by the Word.
Blessings, Glynn!

That's such a great story. I can relate and think of things in my life where I spent tremendous time and energy to learn a skill or develop discipline and it was pure joy. Reminds me that in every discipline there is the opportunity for joy if we choose to see it and take it. Thank you, Glynn!