Stories and imagination in dark times 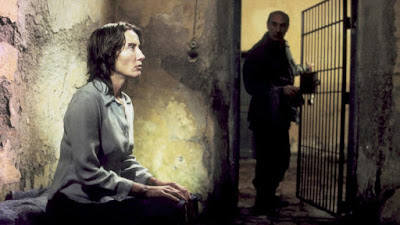 In the fall of 1986, I was in a master’s program at Washington University in St. Louis, and taking a seminar entitled “The Latin American Novel.” Up to that point, my experience with Latin American literature had been limited to 100 Years of Solitude by Gabriel Garcia Marquez, which I read in college because it was a book to read in college (The Lord of the Rings trilogy was another one of those “books to read” at the time).

During that semester, we read (and I reread) 100 Years of Solitude; The War of the End of the World and The Green House by Mario Vargas Llosa; The Death of Artemio Cruz by Carlos Fuentes; Kiss of the Spider Woman by Manuel Puig; and several others. We were fortunate in that both Fuentes and Vargas Llosa spoke on campus during that class.

My research paper for the class was an analysis of Vargas Llosa’s Conversations in the Cathedral,” which I actually had to stop reading after 100 pages and start over again, because I was lost. That turned out to be a good move; the second time around I figured out there was a complex embedded structure in the novel that made complete sense of what otherwise looked like chaos. It turned out to be one of the best reading experiences I’ve ever had.

The class led to expand my reading of Latin American literature – more books by the same writers, other writers, and even poetry and non-fiction. A world I barely knew existed had opened up, and I couldn’t get enough of it.

I also started reviewing Spanish and Latin American fiction and non-fiction for the St. Louis Post-Dispatch. And the very first book I was assigned was by a North American, Lawrence Thornton. And the book was called Imagining Argentina.

From my class, I knew about los desaparecidos, the “disappeareds,” the thousands of Argentinians who had been arrested by the military regime in the 1970s. To disappear at that time was to be imprisoned and murdered. Pregnant women would be kept in prison until they delivered their babies, and then killed, their children given to members of the military and their friends.

The story in Imagining Argentina is about the head of the Children’s Theater. His wife is arrested and becomes one of the disappeareds. Strangely, he begins to dream, and each dream turns out to be what has happened to one of the disappeareds. Except he a dream about his own wife eludes him. He eventually joins with the “madres de los Cinco de Mayo,” or the mothers of the Cinco de Mayo, named for the plaza where the limitary dictatorship had their headquarters. Las madres is a true story – mothers whose adult children had disappeared began to walk arm-in-arm each day around the plaza, simply walking armin-arm and often carrying pictures of their disappeared children. Everyone, however, knew what was happening. 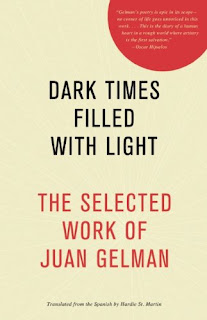 Imagining Argentina ultimately is about how stories and the imagination can prevail in the darkest of times. (It was also made into a movie in 2003 and starred Antonio Banderas and Emma Thompson.)

One writer and poet who experienced this horror in Argentina is Juan Gelman (1930-2014). His son and pregnant daughter-in-law were two of los desaparecidos. He eventually learned that both had been murdered, but it took him 30 years to find his granddaughter.

Today and the next two or three weeks, Tweetspeak Poetry is hosting a book discussion about Gelman’s Dark Times Filled with Light, selected poems from 26 of his works. I’ve been reading Gelman’s poetry, and this is one of his poems from 1961:

The Art of Poetry

Of all trades, I’ve chosen one that isn’t mine.

Like a hard taskmaster
it makes me work day and night,
in pain, in love,
out in the rain, in dark times,
when tenderness or the soul opens its arms,
when illness weighs down my hands.

The grief of others, tears,
handkerchiefs raised in greeting,
promises in the middle of autumn or fire,
kisses of reunion or goodbye,
everything makes me work with words, with blood.

I’ve never been the owner of my ashes, my poems,
obscure faces write my verses like bullets firing at death.

Take a look at today’s post at Tweetspeak Poetry and consider joining the discussion.

Top photograph: A scene from the movie version of Imagining Argentina.
Posted by Glynn at 5:00 AM

I wish more of Gelman's work were available in both Spanish and English. Hardie St. Martin's translations are, I think, quite fine.