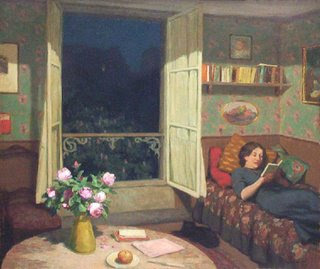 Biologist Jerry Coyne has joined with “ethicist” Peter Singer in calling for euthanasia of children with severe disabilities. Zak Schmoll, who has a disability himself, responds. This issue is important (euthanasia is now the third leading cause of death in the Netherlands); it starts with reasoning based on compassion but seems to move rather quickly toward a utilitarian view of life. And someone has to define what “utilitarian” means.

A software engineer at Google wrote an email on the company’s diversity statements, programs, and activities. The world nearly came to an end, judging by the reactions. The progressive left was outraged at what he wrote (challenging Google’s policy) while the conservative right pointed to what they see as Google’s inconsistency and rank hypocrisy. Rod Dreher has the (more conservative side of the) story, and it’s been widely reported. And the engineer himself (I was surprised at how young he is) was interviewed by a University of Toronto psychology professor. I looked at Google’s official statement; Google needs to find a better statement writer, change its attorneys who approved the statement, and/or get ready for the lawsuit.

Tim Good has some beautiful images from an Illinois farm. Literary Life has a story about a famous Thomas Cole painting. Joe Carter wonders what to think about a new report about the Shroud of Turin. David Rupert reflects on the death of a friend.

And one of the homes T.S. Eliot lived in London is for sale – for under one million pounds. A bargain, I’d say.

The Return of Christian Humanism – David Bonagura at The Imaginative Conservative.

What I Learned about Journalism at the New York Post – Julia Dahl at Columbia Journalism Review.

Responding to Jerry Coyne with a Disability – Zak Schmoll at Entering the Public Square.

Google is Being Evil After All – Rod Dreher at American Conservative and an interview with James Damore by Toronto psychology professor Jordan Peterson.

Google is Not What It Seems -- Julian Assange at Wikileaks.

Why Germans Pay Cash for Almost Everything – Matt Phillips at Quartz.

My Life as an Open-Air Temple – Sharon Dolin at Image Journal.

The City Where I Forgot You – Brendan MacOdrum at Oran’s Well.

Images from an Illinois Farm – Tim Good via Facebook.

Hunting Good Will (Shakespeare) – Dwight Longenecker at The Imaginative Conservative.

An Easy Solution for the Writer with Big Goals and Little Time – Ann Kroeker.

Why Note-Taking by Hand is Better for Your Brain – Joseph Pearce at The Imaginative Conservative.

What Should Evangelicals Think about the Shroud of Turin? – Joe Carter at The Gospel Coalition.

The Worth of Every Human Life and Every Day is a Blessing: Reflections on the death of a friend – David Rupert at Red-Letter Believers.

T. S. Eliot's London home is on the market for less than £1 million – The Telegraph (Hat Top: J of India).

Roman Roads of Britain Visualized as a Tube-Style Map – Anglotopia.

What a Wonderful World with David Attenborough – BBC One

Thank you for being a blessing!