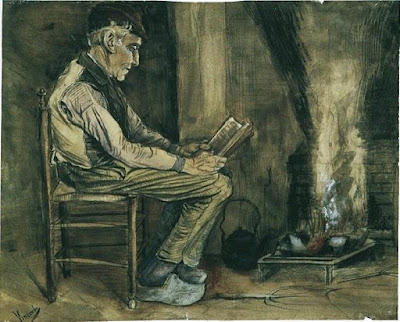 I’m often a critic of the news media, and these days, I’m even more a critic of the news media, who don’t need Donald Trump to try to destroy the credibility of the press when they’re doing such a good job of it themselves. One small example: a genomics study in Sidon concluded that DNA from 99 living Lebanese people could be traced to a 3,700-year-old burial site in Sidon. The media’s conclusion: “SCIENCE DISPROVES THE BIBLE.” When even scientists began to push back on what the media were saying, corrections and retractions had to be made. John Collins at the Carl Henry Center has the story.

Imagine a President – any President – having to lead during a time of almost grotesque political and cultural divisiveness – and fight a military civil war at the same time. Take a look at George Russell on Abraham Lincoln.

Scott Slayton has written a thoughtful post on why we struggle to pray in the digital age. Shaun Groves writes about heroic love. Tiger lilies and pumpkin blossoms. James McNeill Whistler did some wonderful drawings in the East End of London. And more.

Little Miss Frankenstein: A Teenage Girl Caught in the Culture of Death – Joseph Pearce at The Imaginative Conservative.

In over my head (and the water’s fine) – K.D. Belmonte at All Nine.

Why Do You Write? – Harvey Stanbrough.

Make the Most of Your Time with a Writing Pipeline – Ann Kroeker.

Keeping records makes it easy to do a poetry book – Mary Harwell Sayler at The Poetry Editor.

The Lord of the Rings as Christian Fiction – Zak Schmoll at Entering the Public Square.

Why We Struggle to Pray in the Digital Age – Scott Slayton.

12 Basic Principles for Faith and Work – Dan Doriani at The Gospel Coalition.

This, Too (Bogota Colombia) – Thom Darin Liskey via Facebook.


Painting: Farmer sitting at the fireside, reading, watercolor and charcoal by Vincent Van Gogh (1881).
Posted by Glynn at 5:00 AM

Thank you, Glynn, for including my article on record-keeping in your Saturday Good Reads. May blessings abound.