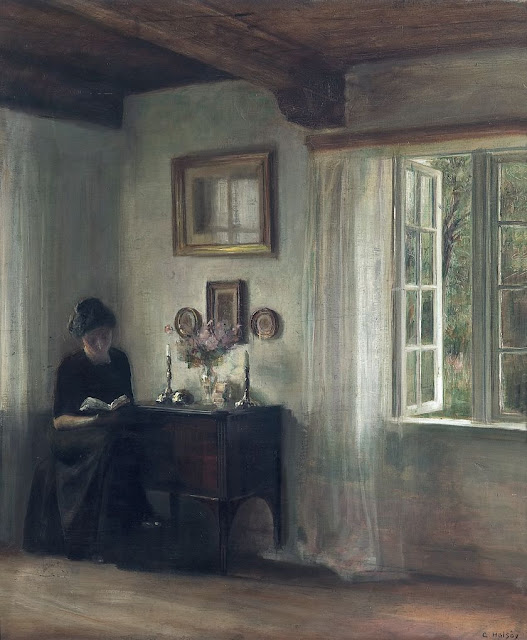 I’m finding myself spending less and less time on Facebook, and the reason is politics. Any discussion involving politics seems to start from the viewpoint of outrage, with extreme language and sentiments. It doesn’t matter which side of the aisle you sit on. When outrage is your starting point, your post is simply inviting others of like mind to share your outrage, taunt people who believe differently, or both. And no one’s mind is being changed. Scott Adams is right: we Americans are seeing the exact same events unfold, but we’re watching two entirely different movies.  The Atlantic did a survey, and discovered that, for all our talk about the desperate need for civil discourse in America, we’re sticking to our political bubbles and our confirmation biases.

J.D. Guesing describes who’s buried in a small, relatively unknown cemetery in London. David Henndendorf writes on Thomas Hardy’s The Return of the Native and Wendell Berry’s Jayber Crow. A 26-year-old from India meets an 87-year-old in Dublin, and two lives are changed; the BBC has the story. A Clerk of Oxford explore a 10thcentury Old English poem. The New Yorker has what I’d call a “calmly horrible” story on the 19thcentury slave trade; the calmness with which the author writes adds to the horror of what’s being written.

Reader, If You Seek a Monument, Look Around – J.G. Duesing at Footnotes.

‘The jewel of the sky, the sun at its hottest’ – A Clerk of Oxford.

How young writers are leading a poetry comeback – Jennifer Hijazi at PBS.

The wise words that changed my life – Awanthi Vardaraj at BBC.

Why Immigrants Like Me Hate Illegal Immigration – Slow to Write.

My Great-Grandfather, the Nigerian Slave Trader – Adaobi Tricia Nwaubani at The New Yorker.

The World of Raymond Chandler and The Big Sleep – Pamela Jackson and Anthony Rizzutto at CrimeReads.

Choosing to be Different in the Workplace – Jeff Klick at Biblical Leadership.

Friendly Theological Liberalism: A Threat in Every Age – Dan Doriani at The Gospel Coalition.

A Sober Warning from the Earliest Christians – Tim Challies.

How to Break Free from Church Politics – Dan Reiland.

Is the Wall of Separation “Bad History”? – Thomas Kidd at The Gospel Coalition.

The Serious Charm of Edward Bawden – Jenny Uglow at The New York Review of Books.

Summer at Sugar Creek – Tim Good at Photography by Tiwago.

That is a good way to say it.

That's exactly why I, too, am spending less and less time on Facebook. Such sadly divisive times in which we live . . .