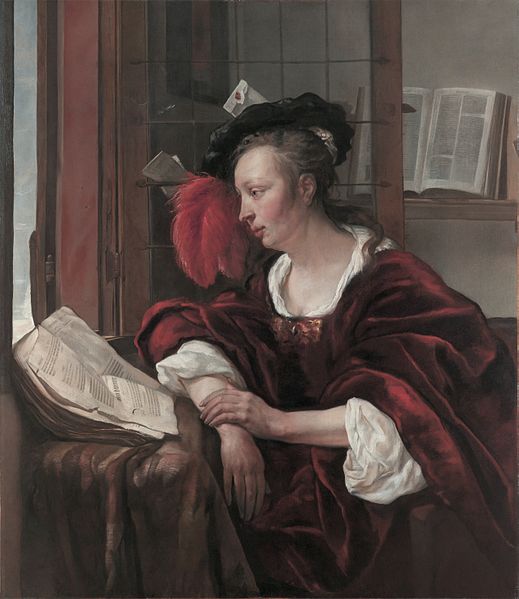 It has to be the most charming thing I read in the past week. In 1948, T.S. Eliot received the Nobel Prize for Literature. And for his sister, who couldn’t attend the ceremony, he wrote a long, detailed, gossipy letter about his trip to Stockholm and the various ceremonies he attended. The Guardian posted the entire letter (Hat Tip: J of India).

A lot of people are thinking, and posting, about writing. Ann Kroeker continues her series on how to be a better writer, with advice on boosting all seven traits of great writing. Adam O’Fallon Price at The Millions explains how to write a bestseller; well, sort of. Zak Schmoll has some guidance on writing a research paper. And Thomas Kidd at The Gospel Coalition explains how to avoid using bogus Christian quotes.

Advances in electronic technology have not only brought us computers, the internet, the cloud, and artificial intelligence. They’ve also brought us holograms. Would you attend a concert where the singer is there via hologram? What if the singer/hologram was Roy Orbison?

We’ve been seeing a lot of stories about China and its “social credit” system – how the Chinese government is tracking its citizens and assigning them points for proper behavior. Did you know that the same capabilities are being created in the United States? Tomas Sidenfaden at Arc Digital has the story.

It’s a movie I don’t want to see but I just may be compelled to. Jesse Johnson at The Cripplegate has a report on Gosnell the Movie, Gosnell being the abortion doctor in Philadelphia who was sentenced to life imprisonment.

Justin Taylor at The Gospel Coalition has a report on Howard Zinn’s A People’s History of the United States, arguably the most influential American history book of the last 40 years. Taylor explains where Zinn got some of his sources, and (surprise) they’re not all historical.

I Did Not Look Away – Laura Boggess.

A funeral… -- Maureen Doallas at Writing Without Paper.

Alfred Hitchcock’s “The 39 Steps”: A Coded Message? – K.V. Turley at The Imaginative Conservative.

Learn the unforced rhythms of grace – Eileen Knowles at The Scenic Route.

The Man Who Died for the Lord’s Supper – Benjamin Hawkins at For the Church.

What Ever Happened to Civil Debate? – James Williams at Grow the Church.

Liberated for What – Katherine Dalton at Front Porch Republic.

Thank you, Glynn. It's always an honor.