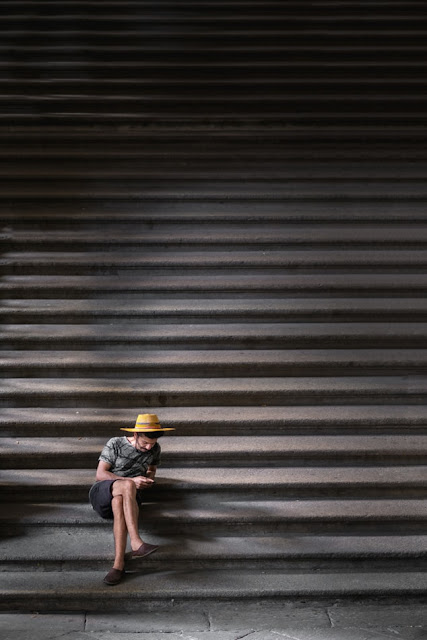 “Lines Composed a Few Miles Above Tintern Abbey” was written by William Wordsworth in 1798. Sometimes the title is shortened to “Tintern Abbey,” but the site never actually appears in the poem. The (unidentified) writer of the blog “A London Inheritance” takes a look at Tintern Abbey, using his or her father’s photographs from 1947 and then the writer’s photos from 2019.

China, according to the Daily Mail, is planning to rewrite the Bible and the Quran amid the crackdown on the country’s Muslim Uighur minority. The reports coming out on the Chinese government’s treatment of the Uighur Muslims are horrifying, from internment in concentration camps and “re-education programs” to forced rape of Uighur women whose husbands have been imprisoned. Australian journalist James Morrow says “China is pretty much wokeness with guns now.”

In 2015, Slovak filmmaker Slavomir Zrebny released a 52-minute documentary entitled “Footprints in the Snow.” It tells the story of underground resistance to communism, especially by Christians, who often risked everything to smuggle Bibles. This month, Zrebny gave permission to Rod Dreher of The American Conservative to post the film, and you can watch it here.

Bradley Birzer at The Imaginative Conservative had two articles this week on C.S. Lewis, and both are well worth reading: C.S. Lewis’ “That Hideous Strength” and C.S. Lewis and His Critics.

The idea of an American nation – James Piereson at New Criterion.

Dostoyevsky, Just After His Death Sentence Was Repealed, on the Meaning of Life – Maria Popova at Brain Pickings.

Resolutions Every Author Can Use – Sarah Bolme at Marketing Christian Books.

Something Quite Sinister: On ‘The Brothers Karamazov” – Rick Wilcox at Literary Life.

How a mediæval carol was saved from obscurity – Eleanor Parker at Catholic Herald.

The Courage to Say “Help” – Jennie Pollock at Think Theology.

Evangelical Elites Are Out of Touch – Carl Trueman at First Things Magazine.

3 Common Mistakes We Make When Reading the Bible – Wyatt Graham.

Remember the good old days when it was Christians who wanted Harry Potter banned? – Stewart McAlpine.

The Netflix decade: How one company changed the way we watch television – Helen Coster at Reuter's / National Post.

Perspective and Pin Oak – Paul Gallagher at The Chained Muse.

How a Bill Can Succeed on The Hill – Mark F. Stone at Society of Classical Poets.

On the Feast of Stephen – Malcolm Guite.

Photograph: Man reading on a staircase, by Craig Whitehead via Unsplash. Used with permission.
Posted by Glynn at 5:00 AM