"The Diamond Murder" by Roy Lewis 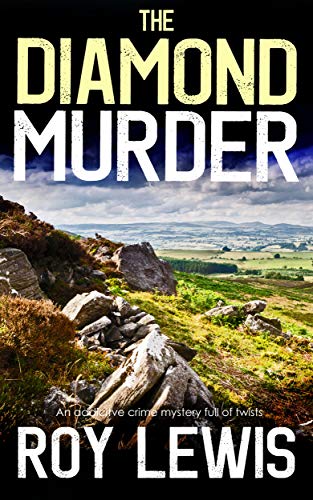 You’re a newly married attorney. What would you do if your first wife wanted to hire you to find her missing husband? How would your new wife react?

That’s the dilemma Yorkshire attorney Eric Ward faces in The Diamond Murder, the fourth in the Eric Ward series by Roy Lewis. Whether it’s from guilt or old memories or something else, Ward accepts the request from his first wife. Then he enters a Twilight Zone kind of case whether nothing is what it seems to be, and a body found on a moor, a reporter being beaten up, a “retired” crook living in the south of France, and an old police investigation suddenly becoming new again all mix together,

The reader knows that Ward’s new wife Anne is right – he needs to stay away from the former wife. Does he listen to Anne? Of course not. And he may pay for his stubbornness with his life.

The author draws a complex web of personalities that are a delight to watch. Even Ward knows he’s being used – by the crook, by his former wife, and by the reporter. But the story becomes a kind of chess game, with plenty of surprise moves, including an old, organized crime ring for smuggling industrial diamonds.

The previous three Eric Ward mysteries set a high bar, and the fourth one meets that bar and even exceeds it. The Diamond Murder is an eminently satisfying mystery, with well-drawn characters and more-than-credible plot twists.

The Farming Murder by Roy Lewis.

The Quayside Murder by Roy Lewis.

A Cotswolds Murder by Roy Lewis.
Posted by Glynn at 5:00 AM

AAAAh Glynn. Just when I get a book to read you come up with another one! I am going to have to get to the local library and see what I can find. So many books; so little time. Even more now thanks to you. :)