When the Story Is Not What You Think It Is 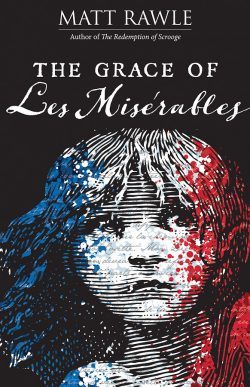 I suppose you could call me a Les Mis fan. I’ve seen the stage version of Les Misérables twice. I’ve seen the movie twice. I’ve watched the anniversary specials on PBS (the ones they show during fundraising months). I know the words to the big songs. I am deeply enthralled with the character of Jean Valjean. My heart breaks for Fantine. I laugh at and secretly adore watching the comic and grasping Thenardiers.

What I haven’t done is read the book by Victor Hugo. Perhaps it was the size – 1,222 pages of the “complete and unabridged” edition we have. Perhaps it was my wife telling me, as she read it, “There must be 300 pages describing the sewers of Paris. It goes on for page after page about the sewers.” Eewww. She surprised me when she said she loved the book.

Last year, I spotted a book at the local bookstore, and only saw the title on the spine first: The Novel of the Century by David Bellos. Ah, I thought, a book about David Copperfield, or Great Expectations, or Vanity Fair. Uh, no. It was subtitled “The Extraordinary Adventure of Les Misérables.” That book about sewers. Perhaps watching the movie version yet again would suffice; the sewer scene in the movie is the vastly abbreviated version of what the book contains.

The Grace of Les Misérables by Matt Rawle has changed my mind. And it did early on, as in the first two chapters. I’m a Les Mis fan, so I know that Jean Valjean (chapter 1) and Inspector Javert (chapter 2) are point and counterpoint, hero and villain, grace and justice, good and bad. Hold up, says Rawle. That’s not what Hugo did in the novel.

The author provided a much more nuanced characterization of the two primary characters. Jean Valjean isn’t instantly converted to good when the priest lets him get away with stealing the church silver. It takes a considerable period of time and numerous events for Valjean to embrace grace. It’s a journey, not a one-time event. And as for Javert, the book presents him as an extraordinarily capable and resourceful police detective. He is a man whose very competence and experience will lead him to disaster.

I read what Rawle writes, and I’m reminded of so many times at work when people resisted doing something differently because “this is the way it’s always been done,” “this is what the boss wants,” and “it’s always worked before.” I watched one organization sail into disaster because of people’s incredible competence and experience – and an inability to change. Call it a “Javert moment.” It’s a very different view of Javert than what I understood.

And I never realized that Valjean struggles for most of the book to be the man he will ultimately become. The priest shows him unmerited grace, and Valjean promptly turns around and steals a coin from a boy. He accepts his punishment in court, and then immediately escapes from jail so he can rescue Cosette. He almost leaves Marius to certain death because of jealousy. This isn’t the brave, noble soul we see in the play and the movie.

There it is. Victor Hugo’s sprawling saga of revolution in 1830s France isn’t a historical novel at all. It’s a novel of realism, with an understanding of human nature and the promise and perils of the human condition. It’s a novel for the times in which it was published, the 1850s, and it is a novel for the times of the 2020s. Works like Les Misérables that grasp the essential reality of the human condition are timeless. They endure because they speak to generation after generation.

I have to cast my identify as a Les Mis fan aside. I have to read the book. I have to struggle with Jean Valjean, and I have to see Inspector Javert for the complete character he is. I have to see myself in both of them.

I’m now steeling myself for 300 pages about sewers.

(This post originally appeared at Literary Life.)
Posted by Glynn at 7:00 AM

Great review Glynn! I too am a Les Mis fan but am alone in that so I read alone and listen alone. Jo is not into this kind of entertainments. (if it doesn't have NCIS or CSI on the front of it she sort of pooh-poohs it). Anyway, this book sounds really interesting but I still have no plans to read Hugo's original novel. I'm 67 and i don't think I have that much time to read it. :) As for sewers: its okay to read just don't wallow.