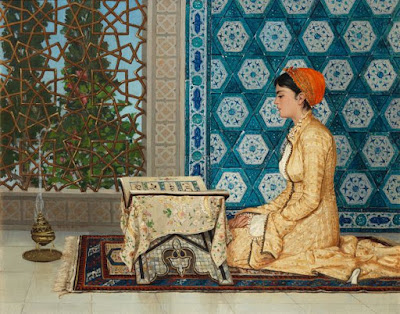 If there were ever any doubt left about its status as a newspaper, The New York Times dispelled it over the op-ed article by U.S. Senator Tom Cotton of Arkansas. The senator’s opinion article made much of the NYT newsroom feel “unsafe;” the editor of the editorial page resigned, and the assistant editor was reassigned.  Left-of-center journalist Matt Taibbi cites the story as an example of how the American press is destroying itself; Paul Roderick Gregory at The Hill says journalism is gone, replaced by moral denunciation; and Izabella Tababrovsky at Tablet Magazine suggests the newsroom has been replaced by a soviet. For its part, the Times doubled down and issued a memo to staff, describing the plan for forging ahead. It’s a brave new world out there, and journalism isn’t part of it.

We accepted the daily changes – often 180-degree flip-flops – from health and medical experts on the coronavirus. Wear masks! No, masks don’t help! Yes, they do! Follow the science, even if the science keeps changing its mind! Stay home! Avoid gatherings! Look at those evil people in the pool at Lake of the Ozarks in Missouri! Then came the protests over the George Floyd death, and the health profession completely discredited itself. “We often accuse the right of distorting science. But the left changed the coronavirus narrative overnight," says Thomas Chatterton Williams at The Guardian. Anthony Dimauro at The American Conservative put it this way: “I Warned About the COVID And Now I Feel Like a Fool."

Decades ago, Julian Symons wrote a much-admired biography of Edgar Allen Poe, entitled The Tell-Tale Heart. A new edition of the book has been published, and author Sarah Weinman has contributed an afterword. At CrimeReads, Weinman wonders if the life and work of Poe can really be separated.

Dear Mr. Potter: An Open Letter on Cancel Culture – at A Bookish Charm.

Moral Cruelty and the Left: On the late scholar Judith Shklar – Blake Smith at Tablet Magazine.

A Lens That Doesn’t Veil the View: Amit Majmudar in Conversation – Caitlin Doyle at Literary Matters.

How Four Americans Robbed the Bank of England – Paul Brown at Longreads.

‘Their Finest Hour:’ The Legendary Speech – Winston Churchill via The Imaginative Conservative.

The Mostly Forgotten Irish Crime Novelist at the Center of the Golden Age of Detective Fiction – Shawn Mawe at CrimeReads.

Why fan fiction about Charles Dickens’ life is just as much a part of his literary legacy – Lucy Whitehead at ScrollIn.

In Utter Celebration of Juliet Stevenson’s Brilliance as an Audiobook Narrator - Scott Spencer at Literary Hub.

What Shakespeare Actually Wrote about the Plague – Stephen Greenblatt at The New Yorker.

Jacqueline Rivers on a Christian Response to Racial Violence – Thomas Kidd at The Gospel Coalition.