I’ve been reading Wendell Berry lately, primarily his short stories and poetry. I reviewed That Distant Land here and wrote a post on "Wendell Berry and the Land" over at Christian Manifesto. And then, shortly after those posts, I noticed a reference (via Twitter) to a book of poems by someone with the improbable name of Liberty Hyde Bailey, and the reference was about Wendell Berry.

I clicked on the reference, which took me to the Englewood Review of Books and a poem by Bailey, from a volume entitled Wind and Weather. From there I went to Wikipedia, to see what I could learn about the author, and from there to Amazon to see if it was available. It was, from one of Amazon’s affiliates for $12.95.

Liberty Hyde Bailey (1858-1954) was the third child of a Michigan farm family. He went on to become a professor of horticulture at Cornell University. He was one of the first scientists who urged a reconsideration of Gregor Mendel’s work in genetics; he was appointed by President Theodore Roosevelt to chair the National Commission on country Life, which urged the rebuilding of a great agricultural civilization in America; he wrote numerous scientific texts on agriculture and horticulture; he articulated a philosophy of agrarianism that echoes today in writers like Wendell Berry and in advocates for the organic agriculture.

And he wrote poetry. 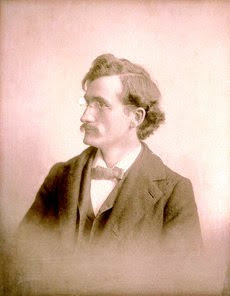 His poetry, including Wind and Weather (1916), combines two themes – his strong faith in God and his strong feeling for the land. As in Wendell Berry’s writing and poetry (Berry credits Bailey as an influence), the landscape and geography seems to take on its own spirit or personality, and its own being. From the poem “Discovery:”

I went into the starlit night, I sat me by the way,
A silence overtook me there, a silence soft and gray;
I roamed into the forest depths, I wandered far and far,
The silence followed where I went, like silence of the star…

The poet finally finds the source of this silence of the landscape:

…I went into my questioned heart, my heart of hopes and fears, --
I found the perfect silence there, the silence of the years.

The poet measures time by the seasons of an apple orchard (“Apple-Year”); he considers nature gradually subsuming the remains of an old train crash (“Wreck”); he hears the voice of the wind with its promise that “All the world a poem is / To them that hearken to the wind” (“The Great Voice”); he surveys the whole of geological history (“Mt. Tom”).

Included in the volume are 15 pages of poems about farmers and farming, in which Bailey celebrates agriculture as a heroic occupation, or perhaps something more like a calling. From “It Rained:”

The plowman walks his furrowed quest
With wind and rain from sea to sea –
What bears he there upon his breast? –
He bears the Seals of Destiny.

It’s this section that contains my personal favorite from the collection, “Tile Drain,” about a tile drain lying beneath a farmer’s field and telling the stories it sees and hears: “…Calm and content / I silently lie / And carry my work / As men pass by.

The poems are old-fashioned, to be sure (after all, they rhyme). But there is something curiously contemporary. Reading Bailey is to understand some of the influences on Wendell Berry, but reading Bailey is also a pleasure in its own right.
Posted by Glynn at 3:52 PM

Glynn, Craig and I are country farms kids. I mourn the loss of wisdom that will die with our fathers. Poems like this make me feel hope that it will not all be lost.
I got teary. This is why I go to my river in the woods so often. The poetry restores me. Thank you for being a tender warrior who understands the nuances of nature and words.

what a good find.

How wonderful that he heard the land and understood ...

This post certainly piqued my curiosity, and has me wondering if anyone's ever written a thesis on this influence on Berry.

I'd love to know the derivation of his great name, too.

it's all fascinating. And it all begs the statement.... Tell me more.

So many amazing finds. Thanks for finding him and bringing him to our attention! -- great name!

Wind and Weather was Bailey's second of a collection he named, The Background Books. The first is the "Holy Earth." I urge you to read this timeless piece. His namesake comes from his father, Liberty, who was named after the War of 1812 when a second wave of patriotism washed across the new nation.