Working at the Margins 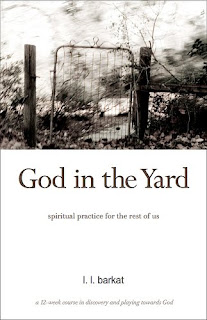 It’s one of those commonplaces that you will be reading something, and a statement is made or an idea is expressed that suddenly illuminates an area of your life so directly that you’re stunned you had never realized it before.

That happened to me this past week. I was reading chapter six of L.L. Barkat’s God in the Yard: Spiritual Practice for the Rest of Us (entitled “presence”). She quoted author Wendell Berry speaking about marginal land – land where things don’t easily grow because the soil is poor or eroded or the land doesn’t get much rainfall or is exhausted from overfarming. This is what Berry said:

“It is at the margins that the weaknesses of an enterprise will show first and most dramatically.”

In one of those blinding flashes of the obvious, I realized that my entire career had just been expressed in one simple sentence. And it’s because my career, the work that I have done and do, has been and is spent at the margins of the enterprises I’ve worked for. And those margins are precisely where the organizations’ weaknesses have been the most obvious.

I work in communications – public affairs, public relations, corporate communications; it goes by many names. Specifically, I work in those small spaces between organizations and their various publics and constituencies, with the idea that my job is to help all of the parties involved better understand each other. Yes, one provides my paycheck; I can’t forget that. But that doesn’t mean I can’t represent contrary viewpoints coming from the public to help my organization do things better, improve a situation, correct a mistake, or take a different course.

I don’t “spin.” I have never “spun.” That may be hard to believe of someone who’s spent 35+ years in public relations. But that’s the situation. The reason is simple: my credibility is all I have, all my organization has, to be successful.

But because I’ve operated where the organizations are weakest, it’s no surprise that I have often had to deal with as much suspicion on the “inside” and I have on the “outside.”

Barkat amplifies and personalizes Wendell Berry’s statement this way: “Without strengthening the enterprise of one’s life, stress can continue to travel inward, encroaching on seemingly fertile land, until the whole plot is eventually decimated.”

The margins are more than important. They’re vital.

Sabbath Joy by Laura Boggess at The Wellspring.
Posted by Glynn at 11:38 PM

Email ThisBlogThis!Share to TwitterShare to FacebookShare to Pinterest
Labels: God in the Yard, L.L. Barkat, work

the word "margins" also remind me of the area around a page were little notes can be made.

What you've written requires deep thought. I too work in PR/communications -- before working for the homeless shelter (I'm Director of PR) I was the VP of Investor Relations for a pubco. -- and the margins were slim at times!

Thanks Glynn for your profound observations -- and now, I must go sleep on it and think about the margins some more.

Proper utilization of margins is must.
Thanks for sharing such nice experiences and quotes with us. :)

Margins are crucial. Consulting is an interesting business.

The margins move around.

I just received my copy in the mail and ran to my bedroom like a teenager to get started. I've finished chapter one! Yay!

I work in communications, too and yesterday was asked to "spin" - to "make magic happen." Not my manager talking, and if she had heard she'd have been a bit, well, angry.

Even though at work I don't spin or try to pretend that I make magic, I wonder if I do in my real life world? When I say yes too many times, or smile when I don't want to, am I spinning, or trying to make magic happen in the margins of my own life?

I admire your approach to your job, which cannot be easy, given others who obviously do "spin", and often with disastrous consequences. I think that telling the truth, using facts correctly, and the like often require a courage and stamina too few show.

I love the Berry quotes. (Btw, I twittered earlier in the week a wonderful interview Berry and his wife gave about his withdrawal of his papers.)

This was such a cool take on that chapter. I wonder how the concept of presence-absence might also be vital considering the nature of your work in the margins.

I love that you were stunned. :)

I often color in the margins or outside the lines so to speak...but seriously, there's a lot of life in the margins. Good thoughts bro'

i had to google spin in terms of public relations to get a better grip of what you were refering to...i am so out of it.

oh, yes. people do that a lot.

i agree, the margin is important.

but, why is it important?

I can see why that Berry quote spoke to you, Glynn. I'm thinking that though the margins are where you work, and it is usually the weakest point of the company...it seems to be the place that brings out your strength. Sounds like Someone I know :) I think you must really "class" up these joints, Glynn :)

Thank you SO MUCH for this post; it really helps me clarify some of the challenges I faced as a church communications professional. I've referenced your words in my own blog today -- http://woodenhue.blogspot.com/2010/08/life-on-margins.html