They Turned into Pretty Cool Adults 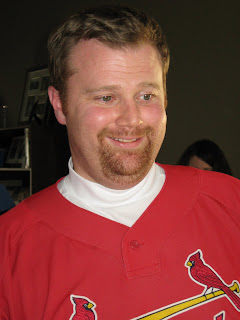 I have two sons, born eight years apart. There’s a reason for that, of course. The first one was rather, uh, four-on-the-floor full-steam-head rocket man and at times it seemed we were hanging on to his vapor trail.

We were rather scholarly types, a couple who liked museums, art, the botanical garden, the symphony. Our firstborn liked baseball, football, hockey, soccer, basketball, golf – anything that involved the phrase “competitive sport.” I didn’t even try to teach him how to play sports. He just knew. And he was better than any of the adults in the neighborhood. 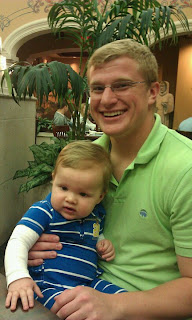 Our second-born had colic for the first six months of his life. Bad colic. Really bad colic. I don’t think either of us slept for those six months. I know our son didn’t. He grew out of it, but he was almost the antithesis of his brother’s exuberance, rather shy and quiet, except he liked sports, too, especially basketball and soccer.

Their upbringings were not unusual. The regular childhood diseases. Little League games. Basketball games. School stuff. Church stuff. It wasn’t Leave-It-To-Beaver stereotyped but I can’t say it was radically off of that (except I didn’t wear a smoking jacket and tie at home, and I never saw my wife vacuuming in a dress and wearing pearls). There were times, of course, when they’d do things that if you disciplined them as they deserved you’d be arrested for homicide. But all kids have those moments.

Now I have two grown sons. The oldest is married and has produced, with some help from his wife, our grandson. The youngest graduated from college last year and is gainfully employed, trying to come to grips with the realities of the working world. Despite the eight years difference in their ages, they are close.

And I think about what they have taught me.

Being a father is a constant dose of humility. Your children, especially when they’re young, think you know everything and can do everything. And they’re wrong. But you're a kind of God figure, at least until they hit their teen years and you suddenly become stupid. And then they reach their 20s and you start to get smart again, but it’s a different kind of smart. They know you’re not infallible, but they’ve begun to figure out you’ve gone through a lot of what they’re going through.

Sometimes they call simply because they need to talk something out. You don’t have to say anything, or say much. You just need to listen.

We worried about both of our kids, and worried a lot. Now they’re grown, gainfully employed, started to create lives for themselves.

There were a lot of tense moments, and a lot of doubts, but my two sons have turned into pretty cool adults.

How cool! You are right -so much of being a father is just "being there." Which means, totally being present, listening, interested, involved. I hope I have given the same to my two daughters, one going into 2nd year of college, and the other into Junior year of High School. Plenty to worry about, but plenty to be proud of, too.

BTW, I was always certain that I'd have all boys. When my first daughter was born, I was stunned. "What am I supposed to do with a girl?" I thought. What a blessing they've been. Can't imagine it any better.

As I said on Twitter just now, you make me appreciate my dad more. He's really good at the listening and being there thing. Really, REALLY good.

Mine are on the cusp of becoming pretty cool adults. We wait, we hold our breath, we pray. We see glimmers.

Glynn, I keep coming back to this post this morning. I read it an hour ago, and have read it three times since. Just beautiful. What a tribute to parenthood, fatherhood, to your sons.

I love what you say "Once you become a father, you’re a father forever." This is one of those principles that God uses in the natural to show us how He is with us. Beautiful.

The proof is in the pudding. Admiring who your children are as adults means things have gone well! You are blessed. I pray that I will be equally blessed with my daughters. I am well on my way.

What a beautiful post Glynn. Your sons are a tribute to the love you and your wife poured into their lives.

and when we pour love, there is only one outcome -- the love of which you write this morning.

John O'Donohue described the look in a father's eyes as something "Like a kiss alighting on skin." What child wouldn't thrill to a look like that.

The sons bear their father's image, and the grace with which he celebrates life.

Thanks Dad. We think you are pretty cool too. And what craziness did we cause you when we were kids??? We were holy, non-trouble making chil... okay, forget that last part.

But seriously, thank you.

They sound like wonderful young men. We have two sons too (and a daughter), and I just nodded as I read through this. I am eternally grateful for the grace of a heavenly Father in their lives because I definitely didn't have all the answers as they were growing up. These days I do a lot of tongue-biting too - and listening. I am so amazed at these wonderful young men.

keep up the good work of being around :-)

I love what you've shared here about what you've learned as a father. Such a wonderful post.

Your family is an encouragement and a blessing ... thank you!

I loved reading this. Our grandson is arriving soon. Happy Father's Day Glynn. Your words feed my soul.

Glynn, when I saw the thumbnail in the link up, I had to do a double take. Was that Glynn? :) That was your son! I'm showing your post to Hubby. It would encourage him. Just be there. Oh, how unspeakably beautiful that is. It is deceptively difficult, but so lifechanging to children. Our first had BAD colic too. We survived it only because we had too. So much you can offer now, to men and women like us who are just starting out. Thank you, friend!