What if no one notices? 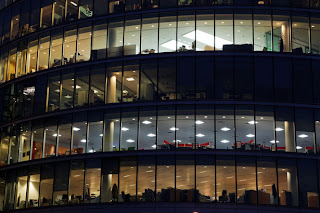 On Tuesday, my friend David Rupert had a post at The High Calling that asked, how much workplace recognition do you need? It was a straightforward article, looking at our need for recognition and praise in the workplace, and wondering how much was sufficient.

It was a painful post for me to read. And that surprised me – because what the article evoked is more than 30 years in the past.

The CEO at the company I was working for was named to a prestigious national commission. Part of his appointment would include writing a series of thought papers on a number of topics. A guy on our speechwriting team, a historian by education, was assigned to be the CEO’s writer for the project, which would last six months. It was a good choice, because the project required historical perspective and understanding.

The only glitch was, the guy’s regular work still had to be done, and there was no budget to hire a freelancer, even temporarily.

Our boss came up with a brilliant solution.

For six months, it was hard, on me and my family. I worked long hours. We had a toddler at home. Our house needed extensive work and total renovation of the gardens.

The work got done, and it got done well.

It was six very long months, requiring a lot of sacrifice from me and my wife.

But it ended, and our colleague assumed his regular work. He joked that it had really been an easy six months. I smiled.

A few weeks after his return, we were in our weekly staff meeting, when the head of the department announced a special item on the agenda. My colleague was recognized for the outstanding work he had done for the CEO and presented with a special award (a check). Everyone applauded.

I went back to my office. And thought about what had happened.

I hadn’t expected special recognition, or a check. If recognitions were going to be handed out, a simple “thank you” might have been welcome. But that wasn’t forthcoming.

I had done two jobs for six months, and done them well, and made possible the work by my colleague that got all the recognition.

I said nothing. It would have been easy to shake my fist and get angry and talk about how unfair everything was. I didn’t. But my wife knew.

And yet, it wasn’t all bad.

A little over a year later, I got a job in another department, a promotion. The hiring manager told me that one of the reasons I was selected over the other candidates was that he had seen the work I did during those six months.

I didn’t think anyone had noticed.

I learned something: there is Someone who always notices.

Photograph: Offices at Night by Petr Kratochvil via Public Domain Pictures. Used with permission.
Posted by Glynn at 5:00 AM

David wrote a great post, Glynn. You have written a stellar follow-up. What a great truth you tell! Do your job well because you never know who is looking. I applaud you for your willingness to work hard, choke down that you got no credit, but then be humble to accept the future "reward."

Great article. It's true. Life feels so unfair sometimes when we bend over backwards and feel so underappreciated. Yet, God sees. And knows. And rewards in His own way. Even if no one else ever acknowledges the effort. Great thoughts here. I think we've all felt this way at one point or another.

This post says so much about the kind of person (and employee) you are, Glynn.

This is a great story. I think we can all relate to this feeling. And I agree with what Maureen says above. Thanks for this excellent truth.

Great thoughts here. It is so true how we often think no one notices our work (because we are too busy noticing it), or that "we are the only ones" going through something. It was great to see your work rewarded, but it sounds like you didn't do it for the rewards anyway.

SomeOne notices. Words to keep at hand.

Wow! He who honours me, my father will honour. You were ultimately rewarded for your silent sacrifice!

Glynn - I love this practical illustration of David's post. I struggle with wanting recognition. Had I been in your situation, I probably would have been whining and complaining about it. But you're right; really, we always get noticed by the One who matters most.

So many times, even as Christians, we desire instant gratification. We forget God doesn't work on our timetable, but His!