Most Visited Posts in 2012: A Surprise 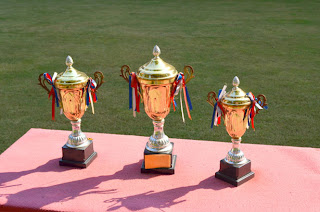 This is the time of the year when bloggers and sites are posting their most popular, most visited, and/or best articles of the year. I’m always fascinated to see what draws people’s attention. I hadn’t done it before for my own blog, for no particular reason other than I’m always “writing forward.”

Until now. Out of curiousity, I went and look at the statististics for all of my posts in 2012. And I learned something.

I know I should pay more attention to “the numbers” – visits, comments, RTs, shares, etc. But I don’t. I’m always grateful for these things, of course; like every other writer, I’m always gratified when something I do strikes a chord. But it’s not the main reason I write. That is a more complex subject, comprised of compulsion and the desire to tell a story, no matter how large (or small) the audience.

If you had asked me what I thought was my most visited post of 2012, I would have said “Acknowledging Daily Mercies, What?” published in June. And I would have been right, even without looking. What happened was that Tim Challies at Informing the Reforming cited it in a blog post, and visits soared (once again punctuating how much of the internet is all about influence).

What did surprise me was this: five of the ten most visited posts on this blog were poems, and by a significant margin. Four of the five were in the top five most visited posts. I can’t explain why; there was no Tim Challies of poetry who cited any of them on his blog. But there were tweeted and shared, and a few showed up on some lists.

Does this mean I should post more poetry? I don’t think so. I think I’m going to keep doing what I have been doing.

But the poetry thing is still surprising.

Photograph by Peter Griffin via Public Domain Pictures. Used with permission.
Posted by Glynn at 5:00 AM

Great to have been in the top ten!
Thanks for reviewing my book, Glynn.
Your review definitely had a favorable impact on sales.
Happy new year!

I'm surprised by the poetry, too, Glynn, though I must admit those were my favorites whenever you posted them. You are just that good! :)
Hope 2013 is a blessed year for you, my friend!

And now I have a list to go back and visit my most favourites!

And, btw -- my most visited post was one about the town of Oyen that helped my beloved, and hundreds of others who were stranded in a snowstorm. With over 2,000 visits, I think every resident of the town visited me that day! :)

Wishing you many more top posts in 2013!

Looking forward to whatever you share this coming year. Blessings for a wonderful 2013.