Persistence with a Purpose 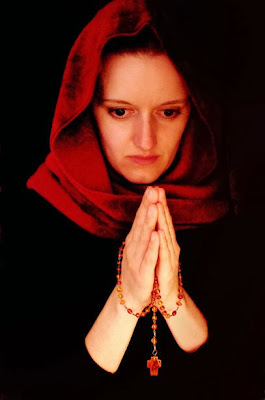 The story is familiar. In the Gospel of St. Luke (17:20 – 18:8), Jesus has just finished talking to the disciples about the coming of the kingdom, “the day the Son of Man is revealed.” It’s an unsettling passage, and it finishes with an unsettling image – of vultures around a dead body.

The story is simple. A widow brings a complaint to a judge, to defend her against her adversary. The judge, “who neither feared God nor cared about men,” ignores her, refusing to deal with the issues. This apparently goes on for some time, until the judge finally gets tired of it all. The woman is clearly going to keep coming and bothering him. So he decides to deal with it and grant her plea.

The first time I read this passage years ago, I wondered if this parable was truly about prayer, why Jesus seemed to be comparing God to the unjust judge. Then I read further, and realized that wasn’t what Jesus was saying at all. In fact, he wasn’t comparing but contrasting, that God will answer the pleas of his “chosen ones” because, unlike the judge, he does care about men.

“Jesus is explicitly addressing the matter of delayed answers in this parable,” writes Bob Sorge in The Fire of Delayed Answers. “He is affirming there are times when God designs a delay in order to produce a specific work in us through the pain of unresolved suffering. His purpose is that we maintain our persistence and intensity of cry until His work is complete in us.”

What the context of the passage suggests is that Jesus is telling the disciples to be persistent in prayer – and the prayer for the coming of the Kingdom. What they will hope for, what they pray for, may be long in coming. But they are to be persistent, because the Kingdom will – one day – come. Interestingly enough, Jesus recognizes that unanswered prayer – that answer so desperately desired – can sap one’s faith. He says, “However, when the Son of Man comes, will he find faith?”

Persistence will eventually prevail. God will hear the pleas of his children, and the pleas will be answered.

Led by Jason Stasyszen and Sarah Salter, we’ve been reading The Fire of Delayed Answers. To see more posts on this chapter, “Jesus’ Teaching on Delay,” please visit Jason at Connecting to Impact.

Photograph by George Hodan via Public Domain Pictures. Used with permission.
Posted by Glynn at 5:00 AM

I love your reflection on this passage in the Gospel. All is in God's timing; we must keep praying always . . .
Blessings, Glynn!

It's interesting how persistence with man oftentimes is inferred as an annoyance, while with Him, it's God-grande.

abide
stand
keep on keepin' on

God's timing is perfect, though it often seems slow to us. Reading this book is helping me realize all the benefits of learning to WAIT!

I love that you emphasize persistence. Sometimes it can seem as if we are annoying God by saying the same thing over and over again. Sort of like when my toddler is yelling, "mom, mom, mom" again and again. His persistence will eventually lead me to answering him. But I love him and God loves us. God isn't annoyed with us. He wants us to keep being persistent, to draw close to Him so we can hear the things He's been trying to tell us all along.

That's so convicting, isn't it? He will show up with His answer and perfect fulfillment, but will we still have faith or will we have moved on? We know it doesn't take much faith considering faith the size of a mustard seed can move a mountain. Great thoughts here, Glynn. Thank you.