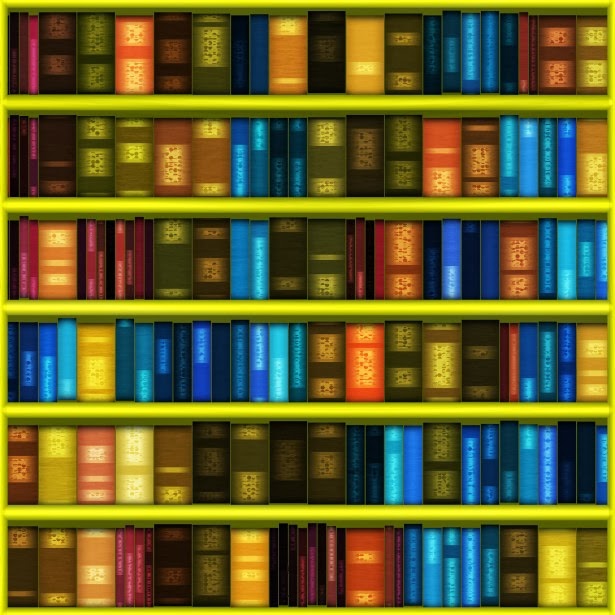 In Roman times, had there been a bestsellers list, perennial favorites surely would have included How to be Emperor Longer than Three Months, Gladiator Games for Dummies, and How to Profit in the Coming Dark Ages. In medieval times, I could imagine a title like How to Fight a Hundred Years War in 100 Minutes – and Win. I suppose Martin Luther could have cashed in with Who Moved My Theology or Write a Hymn in 30 Minutes or Less.

The book publishing genre of “self-help” books has enjoyed a long history, although I’m not completely positive they extend back to the glory days of the Roman Empire.

When I first became aware of self-help books in the bookstore in the 1970s, some of the best known ones were Passages by Gail Sheehy; Robert Ringer’s Looking Out for No. 1; Born to Win by Muriel James and Dorothy Jongeward (remember transactional analysis?); A Guide to Rational Living by Albert Ellis; and Leo Buscaglia’s Love.

Self-help books follow a relatively simple formula: find a common, everyday problem (or find something that could potentially be a common, everyday problem), break the problem down into five (or six or seven) components, and then present the three (or four or five) parts of a solution. A self-help book needs to be written in simple language; if you can utilize the fable or story approach, even better.

Some are well written and thought-provoking. Most have their day in the sun and are then forgotten. But publishers publish them for one very simple reason.

The question isn’t “Why are they published?” Publishers are in business to make money, and if the public wants self-help books, then publishers will be there to meet the demand. We can get all academic and literary about it and sniff our noses while Who Moved My Cheese sells millions of copies and extraordinary novels languish, struggling to sell even 500 copies, but the marketplace is the marketplace. And it’s likely that without the success of Who Moved My Cheese, a publisher couldn’t afford to take a chance on a novel, no matter how extraordinary. 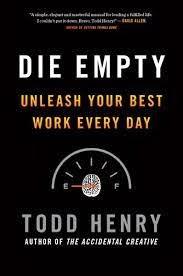 The real question is, “Why do we buy them?”

First, self-help books are invariably about me. They’re not called “self-help” for no reason. They personalize a common problem, the one that you think that you alone are experiencing.

Third, they offer simple solutions, often by projecting the author’s experience on to millions of other people. And we want simple solutions to our problems. Difficult solutions suggest that life isn’t as simple as we want it to be. And they mean hard work, often for a lifetime, and who wants to do that while you’re preparing for your 15 minutes of fame?

In Die Empty: Unleash Your Best Work Every Day, Todd Henry says “we want the results without the uncertainty and risk. The hard truth is that there is no real and lasting success without the potential for failure. The pain of the journey is what allows you to sustain your success on the other side.” (I should point out here that while I’ve enjoyed reading Die Empty, it is a self-help book, although different from the kind I’ve read before.)

This is not the understanding to which self-help books usually appeal. We want our problems simply, neatly, and quickly. If we’re honest with ourselves, we know that simple, neat, and quick solutions to problems rarely if ever exist. Life is thorny, difficult, and challenging for all of us. It often hurts. It is often filled with less-than-joyful moments. It is not about walking down the red carpet at the Academy Awards; that lasts only a moment even for movie stars.

Maybe we do need a Living Life Well and Honorably for Dummies.

Actually, I think we already have it, and it’s been around since Roman times.

This month, we’ve been reading Die Empty over at The High Calling. Today concludes the discussion with a focus on the last three chapters of the book. To see what others have to say, please visit The High Calling.

Photograph by Piotr Seidlecki via Public Domain Pictures. Used with permission.
Posted by Glynn at 5:00 AM

This may be one of my newest most favorite quotes.

I think you hit the nail on the head Glynn with #1 as #1. It is about me and so I focus on me. As long as I have found the "sacred tree of life" who cares about anyone else (unless I can make money convincing others to take the same path)?

Self help is an oxymoron. If we could help ourselves, we wouldn't need help.