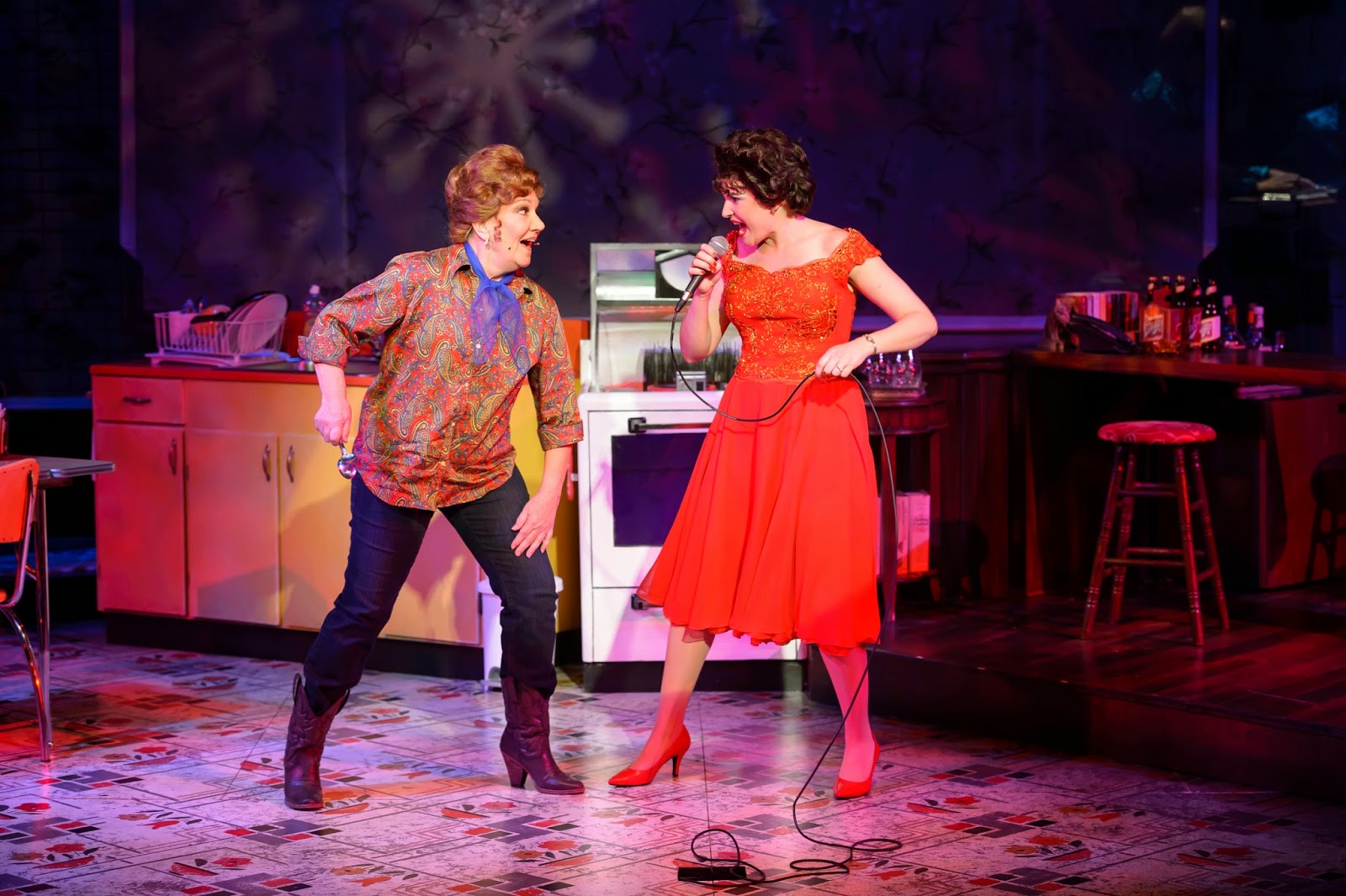 For some weeks, my wife had wanted to see “Always…Patsy Cline,” a play by Stages St. Louis. It had gotten good reviews (excellent reviews, actually). It had even been extended beyond its scheduled run. One weekend I had tried to find tickets, but the only performances were matinees and that posed schedule conflicts. And I have to admit I wasn’t exactly wildly enthusiastic about seeing what sounded like a play about country music.

When I got home from work yesterday, I checked for tickets. And found two good seats for the Friday evening performance. We had dinner and then went to the play. 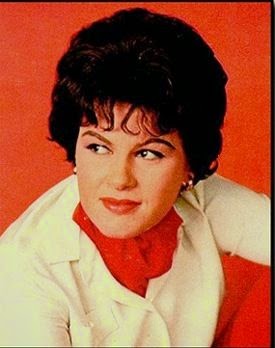 If you’re not familiar with the play, “Always…Patsy Cline” is a two-woman play covering the six years from 1957 to 1963 Patsy Cline enjoyed a rather meteoric rise in country music with occasional songs (Like “Walkin’ After Midnight”) crossing over to become pop chart hits. The play is also about the friendship between a fan and a singing star, and it’s based on a true story.

Both the actresses in the play, Jacqueline Petroccia playing Patsy and Zoe Vonder Haar playing the fan Louise Seger, are outstanding. My wife and I also enjoyed a little bit of nostalgia, since we lived in Houston for five years back in the 1970s and that’s where the play is set (including a few references to radio station KIKK; country music fans in Houston were referred to as KIKKers). Vonder Haar plays a tremendous comic role; Petroccia sounds so much like Patsy Cline that it’s almost eerie.


The play features some 27 songs sung by Cline. Here are two of them as recorded by the real Patsy Cline – “Lovesick Blues” (also made popular by Don McLean more than a decade later) and “Just a Closer Walk with Thee.”

Looks like fun. I'm glad you were able to get tickets and treat Janet, and turn out to love it.

"I go out walkin' after midnight, under the starlight . . ." I would love to see this show! Thanks for sharing, Glynn!

I remember Patsy Cline's I fatal to pieces and was my favourite.