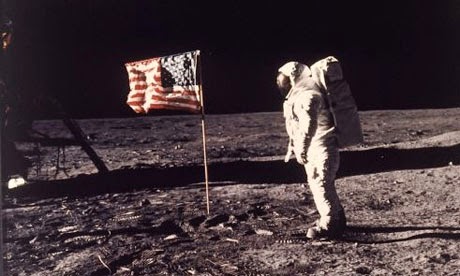 Forty-five years ago this past Sunday, I know exactly where I was.

I was sitting in the living room of the girl I had been dating with about a dozen of our friends and her family, glued to the television set.

July 20, 1969: Neil Armstrong set foot on the moon. And hundreds of millions of people around the world were doing exactly what we were doing – watching television.

I had graduated from high school in May. I was preparing to begin my freshman year at LSU in September. But that summer, it was really all about the moon.

The week before, three high school friends and I had driven from New Orleans to Cape Kennedy. We decided that we would go to see the Apollo rocket launch that would carry three astronauts – Neil Armstrong, Buzz Aldrin, and Michael Collins – to the moon. We left a few days before the launch, spent one night camping out at a state park in the Florida Panhandle and another on the beach in Florida, before getting our reserved spot at a state park near the Cape.

Hotel rooms were out of the question. More than a million people converged on Cape Kennedy to do exactly what we were doing. It was a way of participating in what would likely be the most incredible event of our lifetimes.

Early the morning before the launch, we went on a bus tour of Cape Kennedy. One of my friend’s father worked at the rocket assembly plant in New Orleans, and he was able to get us tour tickets. What I remember most were the enormous buildings used to construct and house the rockets.

Late that afternoon, we drove to a road alongside the Banana River and parked. This would be our viewing spot, and we were spending the night in the car to reserve our spot – in a straight line from the rocket, which we could see. There was no sleep that night,; thousands of others arrived to do exactly the same thing. Parked in front of us was a young married couple from Canada; parked behind us were a young couple from the Netherlands. People had come from all over the planet.

None of us cared about the mosquitoes, the noise of cars driving up and down the road, the warm temperatures. Discomfort didn’t matter. We were part of something historic.

The next day, July 16, the rocket lifted off about 1:30 p.m. The cheering, yelling, and hugging along the Banana River went on until the rocket was out of sight. Then it was time for a massive traffic jam, as people attempted to leave the Cape Kennedy area. It took a few hours to get out. We didn’t care. And we didn’t care that while spending the night in a tent in yet another state park somewhere in Florida, we nearly floated away in a rainstorm that lasted all night.

Four days later, we were glued to the television set. I was something of a celebrity for having gone to the launch. But the real excitement was what was on television – Neil Armstrong and his “one small step for man, one giant leap for mankind.”

What we thought was the beginning of space exploration was, as it turned out, something else. It was the science fiction writer Arthur Clarke who observed that the only thing more remarkable than how fast we made it to the moon was how fast we abandoned it. It was a high-water mark for the space program, for the belief in technology, and likely for America’s confidence in itself.

But we had that wonderful moment, that moment when the world’s attention focused on the small screen, and then to the bigger screen in the heavens.

It was an incredible moment to be alive, and young. 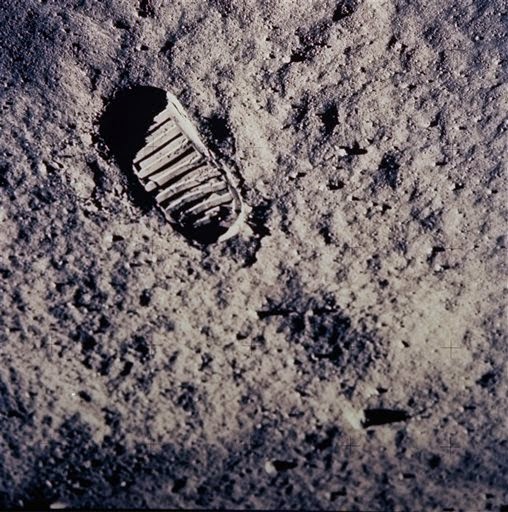 Related: I wrote about the 40th anniversary back in 2009.

This simple, detailed telling is so great. One of my favorite pieces of yours, sir Glynn. (I say that often)

Ya know, you introduced me to Wendell Berry and I've read some of his essays and now I'm reading "Hannah Coulter." You two remind me of each other.

I was listening to a radio interview the other day with one of the moon-walkers who is now a painter and uses moon dust in each of his paintings - Alan Bean. He still talks about his walk with such excitement.

We were witnesses to such achievement. Still gives me goosebumps.