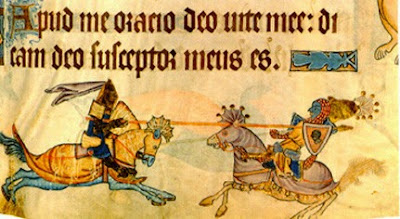 If you like English history, and especially the history of the Plantagents and the Crusades, a novel is waiting for you. 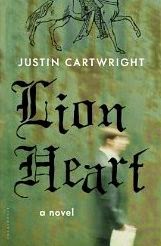 Justin Cartwright’s Lion Heart is about memory, history, generational influence, and love, all wrapped together in an intriguing story.

Richard Cathar didn’t speak to his father for the last ten years of his father’s life.  His father, Alaric, was something of a career hippie (drugs and all), who became addicted to the story of the Crusades and Richard the Lionhearted. When Richard’s live-in girlfriend Emily leaves him (she says she needs her space but her space is with an English professor), he begins to poke around Richard the Lionhearted’s story, and the Plantagenet king’s fixation on recovering the true cross of Christ from Saladin. The cross, discovered by Helena the mother of Constantine in the 300s, had fallen into Saladin’s hands with the capture of Jerusalem.

Richard’s research takes him to Oxford, where he earned his degree, to Jerusalem and back again. In Jerusalem, he meets and falls in love with a Canadian journalist, who is something other than a journalist. She travels to Cairo, ostensibly to report on the Arab spring, but is kidnapped. Richard manages to stay barely sane by continuing his research. He finds a letter, which suggests Saladin gave Richard the cross. But where did it go?

The novel is essentially three stories in one: Richard and his research, and how the ghost of his father lingers well into the present; Richard the Lionhearted, his battles, and what night have happened to the cross; and Richard’s love affair with the journalist. What author Cartwright does is to merge three stories into one story.

Cartwright, a native of South Africa who makes his home in Britain, is an accomplished author of some 15 previous novels and three non-fiction works. Educated at Trinity College, Oxford, his novels have received numerous awards and been shortlisted for both the Man Booker Prize and Whitbread Novel Award. This latest novel was first published in Britain in 2013.

Lion Heart tackles questions of memory and history, how they connect and how they shape each other. The historical accounts are every bit as good as the contemporary accounts. Cartwright uses both to explain how a son comes to understand the father he barely knew and, by extension, himself.

Illustration: An image of Saladin and Richard in single combat, via Wikimedia.
Posted by Glynn at 5:00 AM