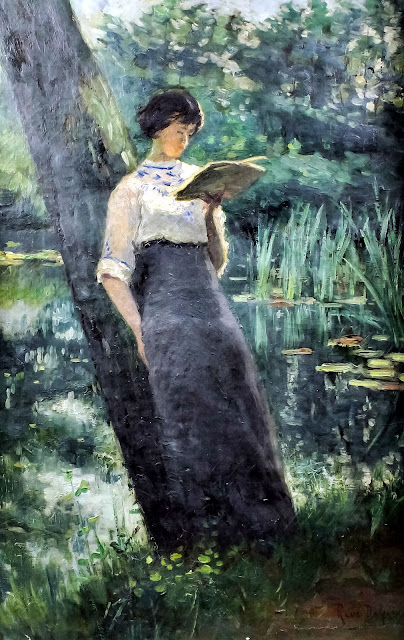 St. Augustine Church in north St. Louis is an old Roman Catholic church that thrived during the 19th and 20th century. It was once surrounded by bustling neighborhoods. It is now surrounded by empty lots, and the church itself is abandoned and falling into serious decay. There are likely all kinds of metaphors here, but Chris Naffziger’s photograph can stand on their own.

When you’re visiting a cathedral, always make sure you look up. BBC Travel has a report on the medieval marvel very few people know about. Anglotopia highlights the five oldest shops in London – I’ve been to one and walked by two more. We were shopping in Fortnum & Mason when the fire alarm went off, and we had very little time to make it down the stairs before the steel doors came down.

This was a great week for poetry and articles about poets, including the fact that “Mary Had a Little Lamb” is based on a true story.

People of almost all political persuasions (except the Far Left) are beginning to express concerns about what is happening at a number of universities. It’s not only the protests against free speech; the humanities may be moving off campus, says a report in City Journal.

When You Were Young – Jason Ramsey at Altarwork.

Working the Well (A Critique) – Brendan MacOdrum at Oran’s Well.

Ecclesiastes 61: On my birthday – Michael Mercer at Internet Monk.

Empty Home – Tim Good at National Geographic / Your Shot and more images at Photography by Tiwago.

The Living Tree and Walking Man – Jack Baumgartner at The School for the Transfer of Energy.

Community is an empty word if my parishioners increasingly live in China – Giles Fraser at The Guardian.

Gene Editing and Designer Babies – Why the Future Desperately Needs Us – Dennis Sullivan at Answers in Genesis.

Children Have Amazing Powers of Memorization – So Why Aren’t Schools Using Them? – Annie Holmquist at Intellectual Takeout.


Painting: Woman Standing, oil on canvas by Rene Le Groux.
Posted by Glynn at 5:00 AM

Thanks, Glynn, for including two of my poems for your Saturday Good Reads! God bless.