"A Fatal Flaw" by Faith Martin 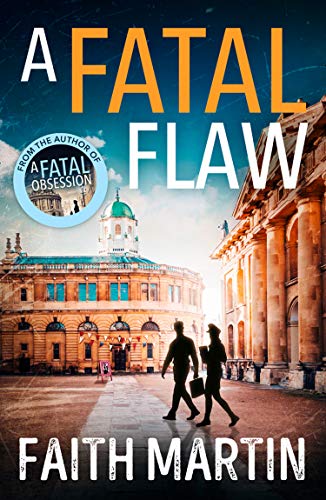 It’s 1960 Oxford, and what could be prosaic than a beauty contest? It’s a stunt to make money for a honey manufacturer, but the winner can go on to compete in the Miss Oxford contest, and possibly Miss World. The contestants pile in.

One contestant is found dead from ingesting distilled yew berries in her orange juice. It looks like either suicide or a tragic mishap – beauty pagenat contestants are known for all manners of home and folk health and beauty aids to gain a potential advantage. But the reader of A Fatal Flaw by Faith Martin knows what the contestants and the police don’t know – someone is out to murder contestants, and the killer has the smarts to leave behind no evidence that a crime was actually committed.

But the young woman helping to coordinate the pageant for her employer comes to PC Trudy Loveday of the Oxford Police, claiming the dead woman was simply not the suicidal type. Loveday, more as a favor to an old friend, goes to her frequent co-investigator in crime, coroner Clement Ryder, who just happens to be the coroner in charge of the dead woman’s inquest.

And with precious little evidence, Ryder and Loveday gradually stumble upon a murderous plot, with motives originating the long-buried past.

A Fatal Flaw is the third in the Ruder and Loveday mystery series by Martin. In addition to telling the story of the beauty pageant deaths, it continues the ongoing development of the young police constable being mentored by the aging and ailing coroner. Ryder quit his highly successful job as a London surgeon because he began to spot the beginning symptoms of Parkinson’s disease.

A Fatal Flaw is a clever story on two levels. First is the story itself, and how Martin winds her way among all the characters who are the judges and contestants. And second is the development of the professional relationship between Ruder and Loveday. The Oxford Police in 1960 is no place for a young woman to develop a career, but Loveday is determined. And Ryder sees his investigating partner’s intelligence and potential, and he’s determined to help her.