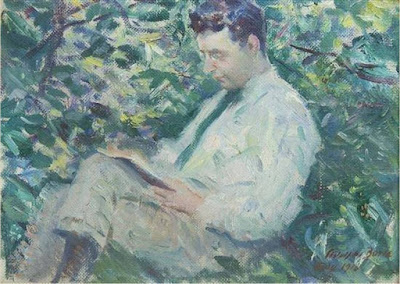 It was a Kodak moment: Kodak likes to feature great photography and photography books on its Instagram account. Recently, it featured the work of a photographer who had published a book; the photos were of the transformation of the Xinjiang region of China during the past five years. The photos were somber and stunning. And you can probably guess what happened next. The photos displeased a certain government; Kodak removed the photos and apologized. Bari Weiss ay Substack has republished the photos with an explanation of what happened: “Bearing Witness to China’s ‘Orwellian Dystopia.’”

Dan Sheehan at Literary Hub has assembled a list of noir writer Raymond Chandler’s most iconic lines. One not included is Chandler’s advice to writers: “When in doubt, have two guys come through the door with guns.”

The studies are rolling in. No surprise, but the pandemic lockdown of 2020-2021 caused extensive damage to education, and inner-city kids were particularly hard hit. David Crary at Urban Faith takes note of something else that happened: homeschooling surged.

Even to Your Old Age: New Life for Christian Grandparents – William Farley at Desiring God.

Future scenarios emerge as the media debate the health of U.S. Mainline Protestantism – Richard Ostling at Get Religion.

Rondeau and Other Poems – Rita Moe at Society of Classical Poets.

When Poetry Matters, and When It Doesn’t – Joseph Salemi at Society of Classical Poets.

A Historical Fiction Writer Considers the Enduring Appeal of the Roman Empire – Lindsey Davis at CrimeReads.

Did you know that they used to give out Olympic medals for literature? – Dan Sheehan at Literary Hub.

Silent All These Years: On Annie Dillard – Bryan VanDyke at The Millions.

How Much Did the History of American Chattel Slavery Shape William Faulkner’s Absalom, Absalom!? – W. Ralph Eubanks at Literary Hub.

Collectivism and Violence Are One – Corbin Barthold at Front Porch Republic.

California’s electric car revolution, designed to save the planet, also unleashes a toll on it – Evan Halper at Los Angeles Times.

The Economic Challenges of the Confederacy – Lloyd Klein at Emerging Civil War.