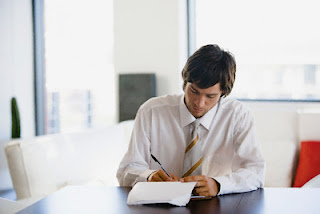 I learned very early that organizations will tolerate extremely bad behavior in bosses. I don’t know why, but they do.

Take Evelyn, for example (not the real name, and I may also have changed the gender).

A good writer, Evelyn was in her mid-30s and the speechwriter for the CEO, who valued and appreciated her work. Her scope of responsibilities was broadened to include a general executive communication function, with two writers and a secretary reporting to her. I was selected to be one of those writers, and I was thrilled – it was an elite writing group, and I was all of 24 at the time.

Things went well until the CEO retired. His replacement was very different. For my boss, what had been a warm, collegial relationship with one CEO became frosty, tense, and then combative with the new CEO. (A lesson for those who may not know: if you get into a combative situation with the CEO, you lose. Every time.) Everyone – Evelyn, her boss and even his boss – said this was a clear case of having to work with a difficult CEO.

But Evelyn’s insecurities began to surface. Her team experienced them first. She began to micro-manage everything, making the writing process increasingly painful and then erratic; the edits often made no sense. Then she began to arrive at work late or leave early, and sometimes not show up at all. Sometimes we could no longer wait for her to edit what we wrote and had to send drafts “upstairs” as they were. She never seemed to eat, but whispers about drinking were getting louder.

Her boss tolerated the increasingly odd and self-destructive behavior. It became so bad that I went to him and said she needed help (it was the right thing to do but not a wise career move – it implied that he wasn’t doing his job). He wasn’t pleased and said he was aware and taking care of it.

They moved the other writer to another team, but were reluctant to move me and the secretary. We were the department mainstays, and her boss was afraid that moving us would push her over the edge. Meanwhile, her disappearances were lasting longer. The cleaning crew refused to clean her office because of the smell.

Then came the day a senior executive asked where his speech draft was, the speech he was giving in three days. Evelyn’s boss came tearing into my office and asked if I was working on it. I didn’t even know one was due (and we had a calendar for speeches); Evelyn worked on this executive’s speeches herself. So her boss told me to come with him and we went to her office. You can imagine the scene – people seeing the commotion; the two of us entering her office; him shouting at people, including me, and demanding the secretary find the speech; and then the smell when we opened the door. It was ugly.

We tore her office apart looking – hoping – to find the speech. We found the memo from the executive requesting it. We also found old, moldy food and lots of empty beer and liquor bottles stashed in drawers and cabinets. The evidence of a personal tragedy was all around us.

He asked me what could be done; he had to see the executive at 9 the next morning. I took home what research I could find and spent the night writing the speech draft, finishing around 3 a.m. (I remember what it looked like – typed and hand-edited on the dull yellow paper we used for drafting; this was long before desktop computers.) When I got to work, I made a photocopy and had just returned to my desk when Evelyn’s boss arrived, asking if I’d been able to do anything. I handed him the speech draft. He didn’t say a word but left for the executive’s office.

Thirty minutes later, I was called to the executive’s office, with Evelyn’s boss nowhere around, and spent the rest of the morning and lunch working with him to get the speech finalized. His own secretary worked with us, typing his speaking draft. He didn’t trust it to leave the floor.

Another supervisor took over Evelyn’s job. She went on leave to get help. But the damage to many of the people involved, including her, and the damage to the department, was done.

This is what I learned. Never let a problem fester. When someone needs help, get it. Don’t assume a problem will run its course. Move fast. And understand that people who know better will turn a blind eye and hope the problem solves itself. Organizations have high tolerances for problem bosses.


The High Callings Blogs has a group writing project underway about bosses, and a summary will be published next week. If you’d like to write a post about a boss or bosses, you can participate by dropping your link here.
Posted by Glynn at 11:10 PM

Sad, sad, sad. In reading this, it sounds pretty obvious as far as being able to determine that there were some serious problems going on. Shame on the organization (Evelyn's boss in particular) for not investigating further.

I think companies these days are more in touch with behavioral issues in management than they were maybe 20 years ago. Most companies have "hot lines" and things like that that people can call anonymously if they see some skanky behavior going on.
Also, I would think her poor performance alone (lack of communication, missing deadlines, not showing up) would have called some attention? She wouldn't have lasted more than a couple days like that at my company. We have too many visible checks and balances in place.

A 'phrase' that was used is: We're all pissed off five year olds.

The world is being run by pissed of five year olds, my daughter told me.

Hmmm..... pissed off five year olds, regardless of their title, do not make good bosses. Ever.

I don't have anything profound to add. You carried me along with this story, which is really part of your story. And I always love these glimpses of you...

Is it any wonder that folks are hesitant to speak up before the problem becomes overwhelming? When you spoke up, you were shot down. Regrettably typical.

A tragic but all too true story of the corporate world. My response to difficult bosses (I have had a few) has been varied...the most success I've experience has been praying for them. Thanks for sharing.

it must have been very sad to see your boss go over the edge in this way. and you so young in the business. but, you are here to tell others the importance to watch out for others around us that are having problems, and be able to do what needs to be done to make sure that they receive help.

i have learned in the past that it is usually better to change jobs than to work with a bad boss.

Thanks for sharing this experience.Really hard for many people to work with very demanding and foul mouthed bosses.I hope ewelyn recovered and grew in her career.

What L.L. said. And wow. I can't imagine being in her place. Or maybe I can. Which is why this story bothers me so much...

Sometimes there is no good answer. Sometimes nothing fixes things. Sometimes we are put in a place where we must act but acting might hurt us. This is life. It's hard and messy. What a terrifically hard thing for you to go through. And how hard for her.

wow, that is tough for everyone concerned.

How would you handle situation differently, if it happened now?

This was incredibly well written by the way, and thanks for sharing this difficult boss story.

Such a sad story. It's always painful to see people fall apart. I'm grateful that there seem to be more resources available now for people who need help. Hopefully fewer folks are falling through the cracks at work--or self destructing.