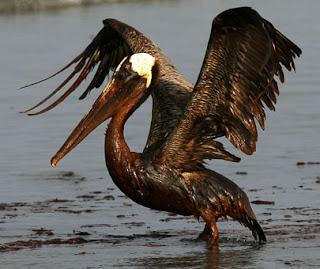 I don’t do political stuff on this blog. I’m not interested in being a political commentator. I have opinions, and some strong ones, and probably better reasoned ones that I see paraded in what passes for political commentary in the newspaper, but my great ambition in life has never been to be a political pundit. And I’m not starting now.

I’m fairly conservative. No big surprise there. I’m not far right, but I’m definitely – on average – right of center. Some of my beliefs don’t fall to the right – I’m no great fan of the death penalty, for example – but – on average – I hew to the conservative side of things.

I considered myself a Republican, and voted that way, for most of my adult life. Until Aug. 29, 2005, or actually just a few days after Aug. 29, 2005, as the tragedy of Hurricane Katrina unfolded in my home state of Louisiana, my home town of New Orleans and the neighboring Mississippi Gulf Coast. I spent four days getting my then 83-year-old mother and then 87-year-old aunt out of the city. My older brother, who lives in a Louisiana parish (county) adjacent to Mississippi, was not heard from for a week after the storm. Family was scattered all over the United States.

The federal government, led by the Bush Administration, proved to be inept when it came to responding to the disaster. As columnist George Will wrote at the time, whatever else you wanted to say about Republicans, they were supposed to be competent. In the early days after the storm, the White House political strategists and PR people were more interested in making sure the President had plenty of staged “photo ops” to blunt the criticism he’d received.

People were dying on the streets of New Orleans, and the White House was worried about photo ops. I had stomached Tom Delay, and I had stomached the Republican spending binge. But it was the photo ops that broke it. I couldn’t stomach it any longer.

Now it’s another political party, another administration, and another catastrophe affecting my home state of Louisiana. Eleven men died. The environmental disaster continues to unfold. Whole industries are being destroyed. And the CEO of BP goes yachting and the President of the United States wants to “kick ass” but not before he goes golfing, for the 39th time since he took office, already more than his predecessor did in eight years in office.

On Sunday evening, C-Span showed a remarkable video of the president of Plaquemines Parish (south of New Orleans) calmly telling visitors how the government and BP have together made a bad situation far, far worse. The video is 35 minutes long, and it is a devastating indictment.

Rod Dreher at BeliefNet, a native Louisianan now living in Philadelphia, waxed hot today about the story in the New York Times that suggests longstanding collusion between BP and the federal government as a major contributing cause to the explosion and inability to control the well afterward. BP has also been one of the leading proponents of President Obama’s cap-and-trade energy proposals. Not that politics has anything to do with this, of course.

And three weeks ago, Democratic "operative" James Carville ripped into the Obama Administration for its response to the oil spill; I never thought I would agree with anything Carville ever said (other than he loves LSU), but I agreed with him here.

Disasters happen. Life is full of risks. As we’re learning from BP and our federal government, life is also full of gross incompetence. People die. Environments are destroyed. But our leaders will have their photo ops and their golf games, and the worst part is that they don’t see anything wrong with what they're doing. Or not doing. I'm outraged. And I'm heartsick.

There’s no albatross around the neck of the federal government this time. There’s an oil-soaked brown pelican, this time.
Posted by Glynn at 11:45 PM

I can only say...amen brother.

Glynn - This is the piece that should be running in the New York Times.

Good for you, for speaking your mind. We need to hear and know. And be outraged.

My husband and my sister both work in the O&G industry. My sister left her job at another firm to contract for BP. (She's considered a leading expert in oil spill clean-up.) Yes, mistakes were made. Tragic, costly mistakes. And I'm having a difficult time deciding whether I'm more outraged at the CEO of BP for being stupid and insensitive enough to go yachting while 1000's of his employees are stuck trying to rectify this mess or the current administration for using this tradegy to try and push legislation thru on the heels of this disaster and attempting to villify BP's safety record. I'm not letting BP off the hook, but most of the indictments raised against BP have absolutely nothing to do with what happened to cause the spill in the first place. A blow-out preventor failed. It failed because cement plugs w/in the well casing failed. Human error was a factor. Can we put the blame game aside for the moment and concentrate on plugging the well and cleaning up this mess? I could leave an entire blog post in your comments section about how many friends & family members are personally affected by this tradegy, including my friend who was ready to come home from Egypt to see her daughter but is now stuck there indefinately because of the moritorium declared on new drilling. She doesn't work for BP. She works for a service company. I pray for the fishermen and others who make their livelihood from the now oil soaked beaches. But I also pray for the 1000's of oilfield workers who did nothing wrong but whose jobs are now in jeopardy. It's a tradegy of epic and far reaching proportions.

Sorry, Glynn. You got me going this morning. Thank you for this post. Very eloquently said.

I live in a city where oil is the foundation upon what keeps commerce rolling.

And I am heartsick with you.

Let's give up the blame game and take responsbility. Let's end it.

Heartsick with you. That video was worth the watch.
Loved how he said, "If a leader says 'like, maybe, might, consider, perhaps' he's not a leader. Go get it done. Pull out the stops"
This post reverbs with passion that all of us feel.

You've written passionately about what so many feel about this disaster. What you say is worth hearing.

The tragedy extends to each of us, because what we're losing here is so profound, so irreversible.

We're culpable. Every time we wait until the next disaster to "go up in arms". I wrote this morning about Haiti. Who thinks of Haiti now that the pictures have stopped coming out? Who's looked to find out what more that island nation needs, and then gives? Who thinks of the West Virginia mine disaster and the lives lost there because of criminal negligence? Why have Americans accepted and "moved on" from the situation in New Orleans? None of these "stories" is over.

What does it take for each one of us to admit I'm culpable and then to demand and make, at the individual, community, state, and federal levels, the changes that need to be made? If we could march in the streets in the '60s and '70s and get a war stopped, why not now?

We can go to the polls and turn anyone out by pressing a Vote button. We can do so much more.

We have to start by looking at ourselves, at the stuff we buy, the greed for money and power we allow to corrupt, the violence we accept on our streets, the vows we make to be God's stewards and our brothers' and sisters' keepers.

Yes, let's be outraged. Let's also not just accept we cannot do anything.

I have no words.

I read this post twice. And I'm sharing it on FB and Twitter. This needs to be heard. I agree 100%.

I have nothing to add Glynn. You have said it perfectly. I am heartsick too - over this and so much else.