Armando Amaya has died too soon, too young. Family and friends gather to mourn. One family friend, Ruby Case, is so moved that she touches the dead boy’s hand as she view his body in the casket.
Armando sits up in his coffin.

Ruby’s pastor, the Rev. Ian Clark, has almost reached the point of no return in his crisis of faith. As the minister for Canyon Springs Community Church in Stonetree, California, Clark is walking away from his faith, his resignation letter ready to deliver to the elders – in spite of the occasional visits of Mr. Cellophane.

Mr. Cellophane is a rather frightening apparition showing up in the Clark’s church office about once a week.

Ruby Case and Ian Clark will learn that the resurrection of Armando and the appearance of Mr. Cellophane are not unrelated. Something is happening in Stonetree, something evil. 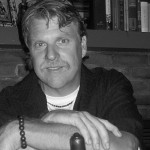 In The Resurrection, his first novel, Mike Duran assembles the contemporary fascination with the occult, a crisis in faith, an unlikely heroine, a professor too tolerant for his (and others’) own good, secrets buried in the distant past, and a prayer group ready to wage war to produce The Resurrection, a supernatural mystery and thriller that forced me to read it to the end late one night when I should have gone to sleep.
The story is fast-paced, with Duran moving the reader from key event to key event in the narrative, artfully controlling the story line to keep us guessing and wanting more. In the process, he examines the role of academia and seminaries, the current yen to tolerate just about everything and anything, those innocent little occult shops with the funny smells, the hollowing out of the church, and the unseen spiritual realm. He even manages to ease the tension at one point with an errant iguana. And there is that stone tree, the one the town is named for, the scene of an old suicide, or murder.

The Resurrection is a well-written, well-constructed and riveting story, full of flawed human beings who are recognizable because they are flawed. Duran’s people do stupid, foolish and courageous things, and find themselves on the front lines of a war they hadn’t even dreamed of.

Mike Duran blogs at deCompose.
Posted by Glynn at 5:00 AM

This does sound like a good book. I think my husband would enjoy it! And of course, I'd get curious...

I've been meaning to pick this book up. Now I'll have to. Thanks for a great review, Glynn.