It Was Simply Time

When did I know I wanted to be a writer?

At 10, I wrote a mystery story by hand in a paper book bound by my father at his printing business. But I wasn’t considering writing as a career – I was too young and it was just something fun to do. 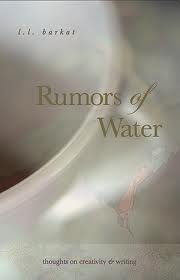 In high school, my favorite classes were always English: Dickens, Shakespeare, Twain, Harper Lee, Cervantes. I was thinking about medicine as a career – my father had wanted to be a doctor but his dream was short-circuited by the Great Depression.

In college, I took the introductory English classes the English majors had to take – English Lit: Beowulf, Chaucer, the Venerable Bede, the Elizabethans, Milton, Boswell, Goldsmith, the Romantics (all those poets), the Victorians, the Moderns, ending somewhere around T.S. Eliot. In my fraternity, I was the unofficial English tutor for pledges (and some active members) who had trouble with English, which was most of the fraternity. I read scores of papers on Nathaniel Hawthorne’s “Young Goodman Brown” and Faulkner’s “Barn Burning.” Sometime around the end of my freshman year I dumped medicine (all that chemistry) and embraced journalism, teaching myself to type (required) the summer before I started journalism school.

It was in those journalism classes that I began to see writing as a possible career. My first job after graduation was copy editor for a newspaper in Texas. From there I moved into public relations, and then into speechwriting.

When I was 24 and working in Houston for a big oil company, a friend at work and I began talking about writing projects – projects that had nothing to do with work. She was writing non-fiction, about what happens to our minds and personalities as we age, and I was working on a novel. Entitled “Sisters,” it was the story of two elderly, unmarried sisters whose story began in an a tragedy, a tragedy that one of them didn’t know about (yes, I know it sounds like “Whatever Happened to Baby Jane?” but it wasn’t anything like the movie). I never finished it, but it was fun to work on, talk about, and submit to an editor at a writer’s conference.

I wrote short stories when I was 27 and 28. None were accepted for publication.

For the next 25 years, my fiction writing was on hold. It was the time of babies and career and children and little league and career and teenagers and career. Somewhere in there I got a masters degree – in liberal arts, taking a lot of literature seminars like “The Latin American Novel.”

And then in 2002 came the beginnings of Dancing Priest. I’ve described in a number of places how it started – a meeting with a young German minister in Erfurt and hearing a Greek singer on an in-flight music program. That’s how it started, but that’s not why it started.

It was time. That’s all. It was simply time to do it.

In Rumors of Water: Thoughts on Creativity and Writing, L.L. Barkat says this: “I believe a writer can make writing happen, sit down and stir from grass or leaves or snow. But I also believe it takes time to write. Each book I’ve written, in some sense, could not have been written before its time.”

Sometimes, most of the time, it just takes time. The right time.

Over at TweetSpeak Poetry, we’ve been discussing L.L. Barkat’s Rumors of Water. This week completes the discussion of the book, led by Lyla Lindquist. The main post will be up tomorrow.
Posted by Glynn at 6:22 AM

I'm so sorry that I missed this discussion. I'll have to take the time to read through the archives. I'm certain that they are rich.

On the subject of time - I'm grateful for the grace that allows each of us to find our own town and to try again when we miss it.

"Town" made sense to me somehow, Patricia. We're all looking for a sense of place, no?

Glynn, this story moves me and inspires me. Thank you for sharing it.

Thanks for this, sir Glynn. Indeed it's encouraging to read about other people's writerly routes.

And I started out really wanting the writing career, but dropped my journalism major because once at the University I was just a little gal, the new kid on the block -- whereas in high school I was a young J-1 reporter and then the editor. And once at Jr. College, a sports reporter.

I was intimidated and discouraged and overwhelmed at the U. Since I was a School & Comm Hlth Educ & PE major, I was put in English classes with collegiate jocks and the like. It was an interesting thing to see how all the athletes ended up in this one Lit class. The prof. catered to making sure everyone passed with the utmost of ease. Ugh.

Anyway, I've never stopped writing, if only in notebooks and journals.

I always find out a little something about you I hadn't known before.

Timing can be exquisite.

Once upon a time...
yes
all things
in a
time
that can happen
only then
yes
Jesus shows us
the importance
of
timing

This is so "right" Glynn. I know He holds our days in His hands and there are seasons for everything in our lives. The other seasons contain the things He uses to bring us to our today. You have certainly come to this time of writing, and I am blessed to read your words.

I'm glad the time came. And I
remember where I read Dancing Priest -- sailing on a big, big ship just before Christmas. And I loved it. LOVED it. Hurry up, would you? The next book is due. The time has come again. :)

Aww -- freshman English -- it gets many of us readers to become English majors. I had some fabulous college professors in English, most notably Dr. Hornsby, who turned it all, no matter the dry, into something wonderful.

and when you mentioned the Venerable Bede, I lol.