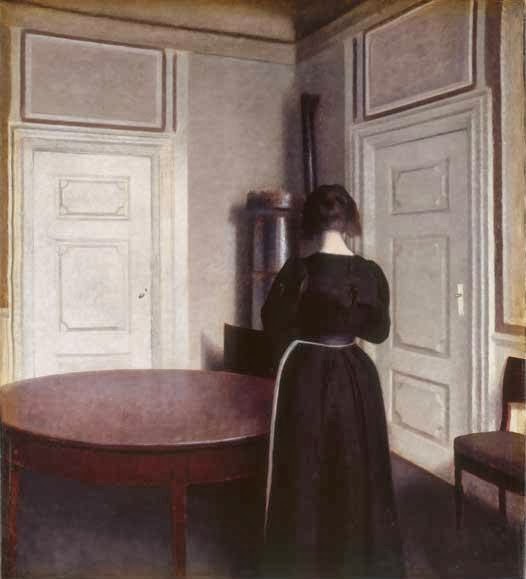 Painting: Interior by Vilhelm Hammershoi (1899), National Gallery of Art, London.
Posted by Glynn at 6:15 AM

Perhaps, the questions are the same . . .
Loved your imagery and the flow of your words, Glynn. Thanks for blessing us with your artistry!

Walking through the door is the same as cleaning that room? Yeah, sounds about right.

"the possibility of return is non-existent"

Shall I follow the easy path--or the more challenging one?