“The Day of Gifts” by Paul Claudel 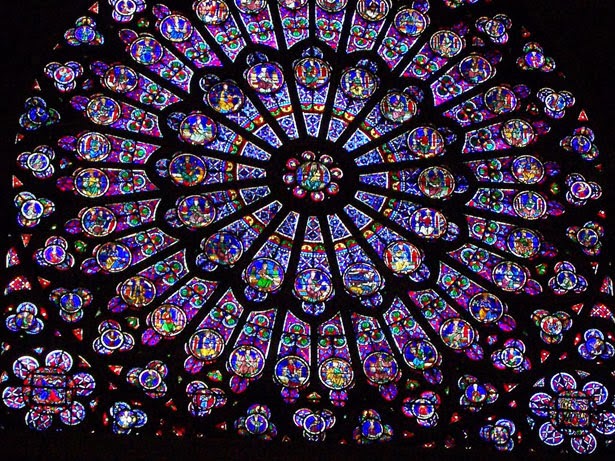 Updated and revised from the article that first appeared at The Master’s Artist.

On Christmas Day 1886, a young man of 18 listened to the choir in Notre Dame Cathedral in Paris sing vespers – and was converted on the spot. He became a devout Catholic, and remained a devout Catholic until he died in 1955 at the age of 86.

Paul Claudel also wrote poetry, a special kind of poetry called the “verset,” lines of lyrical prose influenced by the Latin Vulgate Bible and Walt Whitman. He had a major impact on the development of French poetry in the 20th century. He also served in the French diplomatic corps, including as ambassador to the United States from 1928 to 1933.

After the fall of France in 1940 to Nazi Germany and the establishment of the Vichy government, many thought he had become a Nazi sympathizer – primarily because of his conservative views. He wasn’t at all; he was a traditional conservative, much like T.S. Eliot in both his religious and political views.

I happened upon one of Claudel’s poems in the March 2012 issue (the “Translation issue”) of Poetry Magazine. The poem, translated by Jonathan Monroe Geltner, is entitled “The Day of Gifts,” and a few lines of the translation give a sense of Claudel’s poetry:

…If what you need, Lord, are virgins, if what you need are brave men
beneath your standard;
If there are people for whom to be Christian words alone would not
suffice,
But who know rather that only in stirring themselves to chase after
You is there any life,
Well then there’s Dominic and Francis, Saint Lawrence and Saint
Cecilia and plenty more!
But if by chance You should have need of a lazy and imbecilic bore,
If a prideful coward could prove useful to you, or perhaps a soiled
Ingrate,
Or the sort of man whose hard heart shows up in a hard face—
Well, anyway, You didn’t come just to save the just but that other type
That abounds,
And if, miraculously, You run out of them elsewhere…Lord, I’m
Still around…

You can read the entire poem at Poetry.org. (It’s difficult to find Claudel’s works in English, although there is a web site – in French – devoted to his works.)

Geltner, in his translator’s note, says Claudel’s charm lies in his “enormous conviction and consistency, while remaining capable of sudden turns and unexpected formulations of ancient rites and sentiments.” The entry at Wikipedia is slightly more effusive, and says “he used scenes of passionate, obsessive human love to convey with great power God's infinite love for humanity.”  It is that hope in God that permeates his poetry and his life, and he once said that “there is something sadder to lose than life – the reason for living; sadder than to lose one's possessions is to lose one's hope.”

Claudel retained that hope throughout his life.

Photograph of a stained glass window at Notre Dame Cathedral, Paris, by Jon Luty via Public Domain Pictures. Used with permission.
Posted by Glynn at 5:00 AM

Glynn - What a fascinating poet - and what self-deprecation and authenticity even for the time. I listened to the whole poem, but I think the section you quoted is my favorite. So very unpresuming on the Grace of God.

Charity, thanks so much!

That last quote, so true.

The poem you shared here, Glynn, is remarkable! I know it may have lost something in the translation, but, for me, it rings true and strong.
Blessings!

The original south rose window
was a gift from the king Saint Louis.
And
was, at that time, designed byway of
Jean de Chelles and
Pierre de Montreuil.

Fascinating. Thank you for sharing.