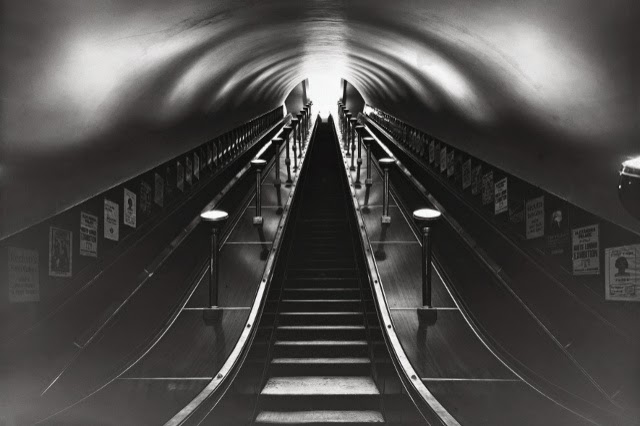 Mavis Doriel Hay wrote only three mystery novels, during the period known as the Golden Age of Mystery. Her first, Murder Underground, was published in 1934, when writers like Agatha Christie and Dorothy Sayers were already household names. It was followed by Death on the Cherwell (1935), set in Oxford, and The Santa Klaus Murder (1936), set at an English country estate. Hay continued to write, but after her third mystery, she turned to the subject of rural crafts, which she dearly loved.

Hay was largely forgotten until last year, when the British Library began republishing a number of mystery novels printed during the Golden Age (like John Bude’s The Cornish Coast Murder and The Lake District Murder). All three of Hay’s mystery novels are now available in both paperback and ebook versions.

As my wife well knows, I love the London Underground, and I started reading Murder Underground almost as soon as it downloaded to my Kindle. It’s set in north London, near Hampstead Heath, and it is a combination of improbable, bewildering and great fun.

Miss Euphemia Pongleton (only a British writer would invent that name), a rather elderly resident of the respectable Frampton Private Hotel, sails forth one morning for a dentist appointment. She passes the closest tube station to save on fare, and arrives at the Belsize Park Station. Because of her fear of elevators, she decides to walk down the 220-step staircase. Along the way, someone strangles her with a dog leash – the leash for her own dog, taken from where it usually hung in the hotel entrance way.

Miss Pongleton wasn’t a particularly nice character, and there are no end of suspects, including residents of the hotel and her relatives. And the suspects rather cheerfully go about suppressing evidence, changing evidence, omitting facts, and conveniently not remembering, to the extent that it becomes difficult to keep track of who was actually where, who did what, and who said what. The police inspector seems to be outsmarted and outmaneuvered at almost every turn. And several of the characters/suspects decide to do some sleuthing and investigating on their own, all for the very best of reasons (and one, of course, for the very worst).

Is Murder Underground one of the great mystery stories?  No, but then no one is making that claim. It is representative of its period; there were numerous writers in both Britain and America during the Golden Age of mysteries, and most are largely forgotten.

It includes diagrams of some of the scenes; I can’t explain why I’ve always loved diagrams in mystery stories, but I do. It does require a closer reading than one might expect with a mystery story, if nothing else than to keep track of how the characters try to screw things up.

But it is a fun read.

Illustration, top: Escalators were introduced in the Underground in the 1920s and 1930s. Unfortunately, Miss Pongleton's tube station did not have one. She hated elevators, so she made the fatal mistake of using the stairs.
Posted by Glynn at 5:00 AM

Ah Glynn - this is just my cup of tea. Thank you so much for this. I just finished writing a mystery (Yikes!)
and am working on editing it. I am always on the lookout for old mysteries to read. My favorite.