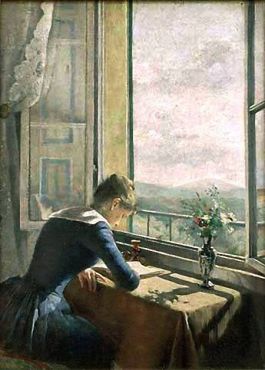 This week marked the 500th anniversary of Martin Luther’s stand against indulgences, which led to the Protestant Reformation. Al Mohler has a 21st century version of what this means for Christians today. Thomas Kidd takes on those who would blame the Reformation for secularism. Hugh Whelchel explains why dishwashing matters in God’s kingdom (an understanding that is a direct result of the Reformation).

Halloween also happened this week (same day as Reformation Day), and Spitalfields Life looked at the fear of reptilian creatures and provided a brief history of crypts (just like the one we ate at in St. Martin’s-in-the-Fields several times during our recent visit to London).

This year is the 100th anniversary of the Russian Revolution, and no one had a clearer view of the destruction it wrought that Aleksandsr Solzhenitsyn. Gary Saul Morson at The New Criterion has an appreciation of what Solzhenitsyn accomplished with his three books of The Red Wheel.

Ryan Hess at The Imaginative Conservative explores T.S. Eliot’s The Waste Land in the context of neurosis. Paul Mariani and Peggy Rosenthal remember poet Richard Wilbur at Image Journal. And while it’s from May, Michael Goodwin’s adapted speech on the demise of journalistic standards is still just as current as it was four months ago.

The Language of Neurosis – Ryan Hess at The Imaginative Conservative.

Witch Rhyme, An Acrostic – Maureen Doallas at Writing Without Paper.

For Facebook, the political reckoning has begun – Matthew Ingram at Columbia Journalism Review.

The 2016 Election and the Demise of Journalistic Standards – Michael Goodwin via Imprimis.

No Time to Write? Do This Every Day – Ann Kroeker.

The Wisdom of T.H. White – Casey Chalk at The Imaginative Conservative.

Blaming the Reformation for Secularism? – Thomas Kidd at Evangelical History.

Why Dishwashing Matters in God’s Kingdom – Hugh Whelchel at the Institute for Faith, Work, & Economics.

The Shadow of Doubt – Greg Doles at Chasing Light.

This is My Body – Charity Singleton Craig.

Upon the Fear of Reptilian Creatures and A Brief History of Crypts – Spitalfields Life.

The Saints and Shrines of England – The Clerk of Oxford.

The Revolutionary Conservatism of Jefferson & Small Republics – Arthur Versluis at The Imaginative Conservative.

Sign of the Times by Harry Styles – by Paul Cardell

Just catching up now, Glynn. Thank you for including me.