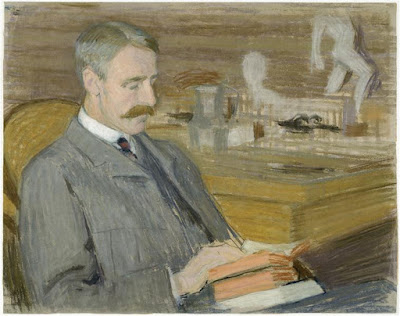 One can’t turn on the news, read the newspaper, or look at social media without seeing yet another revelation about a Hollywood producer or actor, a Senator, a state legislator, a broadcaster, a reporter, an editor, a political candidate, Presidents, or a congressman being called out for sexual harassment. What I’m waiting for – because it doesn’t stop with Hollywood, the media, or politics – is the start of reports from the corporate world, because harassment is there, too. I had my own experience. David Rupert says that, when it comes to women, the culture can’t have it both ways.

With each new report, it becomes clearer that what’s on display here is a culture where some, perhaps many, people in power and authority believe they can abuse and take advantage of others. I’m surprised with each new story, but I shouldn’t be. The culture has been sick for a long time, and it’s a sickness that can’t be cured by a new ethics law, or a new training program, or even by exposure to public knowledge.

As awful and dehumanizing as it is, sexual harassment needs the exposure it’s getting, and more. It’s a reminder of our fallen human nature, and why we shouldn’t put our faith in Hollywood, the media, politics, business, or a leader. And I keep thinking about the people who didn’t have the inner resources – or the physical strength – to resist the predators.

On a more positive and encouraging note, the rest of us are still finding beauty in the world. Sandra Heska King is back to memorizing poetry. Emily Lund reads the college journals of Flannery O’Connor. Tim Good and Susan Etole continue to photograph the beauty of the natural world. Scott Slayton talks about the beauty of living in the Psalms. And a cellist plays Leonard Cohen’s “Hallelujah.”

George Washington & the Patience of Power – David Hein at The Imaginative Conservative.

Commit Poetry: It Can Be Done by Edgar Guest – recited by Sandra Heska King.

The Sea Peoples: An Analysis of Cultural Pathology – Jacoby Sommer at The Imaginative Conservative.

The Trials and Triumph of Trollope – Dwight Longenecker at The Imaginative Conservative.

The Early Christians Were Odd, Too – Michael Kruger at The Gospel Coalition.

7 Thoughts from the News Cycle – Samuel James at Inklingations.

Salvator Mundi went for $450m. But you can have the real thing for free – Giles Fraser at The Guardian (Hat Tip: J of India).

Why You Should Live in the Psalms – Scott Slayton at One Degree to Another.

Thanksgiving: A Cultural “Ebenezer” We Can Be Thankful For – Hugh Whelchel at the Institute for Faith, Work, & Economics.

The Christian’s Job Description – Irv Busenitz at The Master’s Seminary.

When it comes to respect for women, culture can’t have it both ways – David Rupert at Red-Letter Believers.

oh my, the cello. oh my. you find the best things, Glynn.